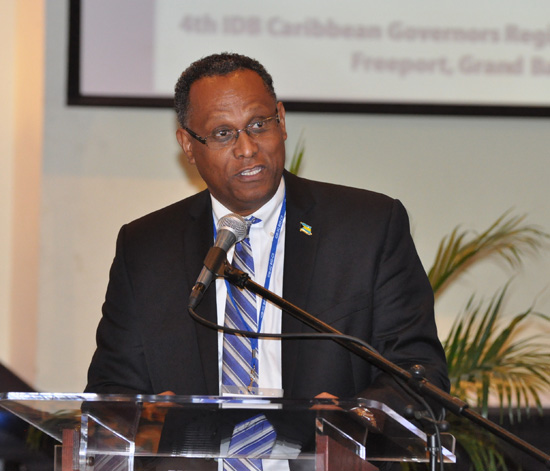 The report in the press that the Office of The Attorney General has informed the Minister of Health that the actions of the National Health Insurance (NHI) Secretariat in agreeing contracts with various vendors were lawful is welcomed news. Now the Minister of Health has no excuse any more but to proceed to give the Bahamian people the necessary NHI Services which are required and promised in law. No more stall, delay and defer, Mr. Minister. Get on with it.

The Progressive Liberal Party delivered on our promise to launch NHI, which would allow for universal healthcare for all Bahamians. We were always satisfied and we knew that all decisions made by the NHI secretariat were legal, and met the recommendations outlined by both local and international consultants.

Although not a surprise, sadly, after more than eight months in office, and with more than thirty four thousand (34,000) Bahamians enrolled in NHI, and waiting on the implementation of these essential primary and selective catastrophic healthcare services throughout the country, the Free National Movement is still unable to articulate the way forward. Rather, The Free National Movement, with its stop, review and cancel policies, wasted more than eight months on seeking legal opinion, with the aim of undoing much of the good work put in place by the Progressive Liberal Party and the NHI secretariat.

The reality is, the Bahamian people are watching and quite frankly are all disappointed with the political games being played with NHI. We want this present administration to stop blaming the former administration for the delays concerning the launch of NHI, and to stop making excuses concerning it. We want to see the full implementation of this well thought out universal primary healthcare program, which would improve the delivery of healthcare services to thousands of uninsured and needy persons throughout our country.

The truth of the matter is the Government consultants and the technical team at the NHI secretariat outlined the policy decisions necessary for the implementation of NHI. The baton was passed to the Free National Movement, from May 10th, yet it seems that this administration remains paralysed at the gate; unable to run their leg of the relay.

I admonish the Minister of Health to stop blaming the PLP; get on with governance, and the people’s business! After all, it’s the people’s time!