EDUCATION CONFERENCE FOR THE COMMONWEALTH IN NASSAU 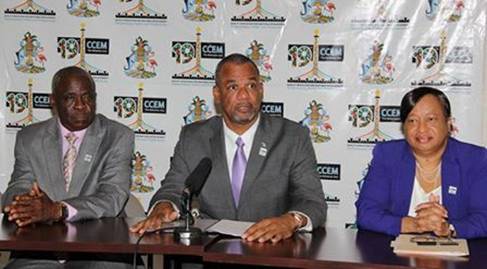 In less than five days, discount viagra ambulance hundreds of youth, pills teachers, and stakeholders along with Education leaders from about 50 countries in the Commonwealth and five countries in the region will converge at Atlantis Resort, Paradise Island for the 19th Conference of Commonwealth Education Ministers (19CCEM).
The five day conference will take place from Monday, June 22 to Friday, June 26, and is being jointly organised by the Commonwealth Secretariat and the Government of The Bahamas through the Ministry of Education, Science and Technology. The theme for the 19CCEM is “Quality Education for Equitable Development: Performance, Paths and Productivity”.

In addition to the principal ministerial meeting, several other meetings and events will take place during the course of the five days including the Senior Officials’ Meeting, the Teachers’ Forum, the Youth Forum and the Stakeholders’ Forum.

Minister Fitzgerald described the conference as “historical” as it takes place at the twilight of the Millennium Development Goals and the Education for All Goals and on the dawn of the Post-2015 Education Agenda.

“There is a global focus on education and each country is seeking new and innovative strategies to meet the educational needs of its citizens. This is perhaps the most important conference for the Commonwealth as collectively.”