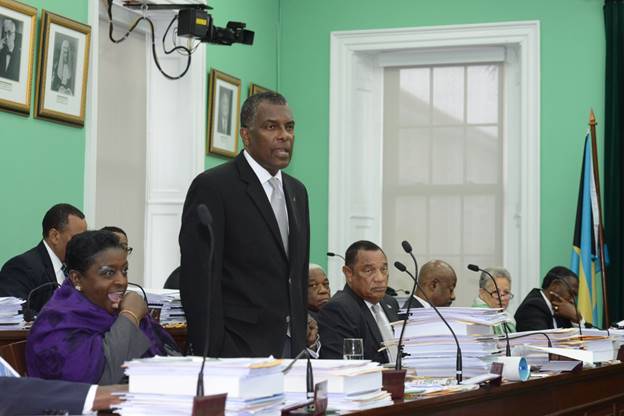 Fred Mitchell MP wrote a formal complaint to the Speaker about the conduct of Fred Smith Q C and the Data Commissioner and the law firm of Harry B Sands and Co.

The House of Assembly

Re:  Breaches of Parliamentary Privilege

I wish to draw to your attention the following matters which represent in my view prima facie breaches of the privileges of Members of Parliament including this one, a continuation of what has already been laid over to the Committee on Privileges:

Fred Smith Q C is reported to have threatened Leslie Miller MP with contempt proceedings if he provides further information to the public with regard to Save The Bays.

The Data Commissioner issued a statement in which she advised Members of Parliament to be careful what they are saying with regard to allegations of unauthorized access to e mails related to Save The Bays.  In the Data Commissioner’s statement she admitted that’s she has no jurisdiction in the matter, yet proceeded to warn MPs about their conduct in their capacities as MPs, something which only MPs have the right to decide.

Letters have now been issued by the firm of Harry B .Sands and Co seeking to demand from Members of Parliament where they received information with regard to  the Save The Bays emails.

In the case of Mr. Smith’s wide ranging and unenforceable injunction and the Harry B Sands letters attempts have been made to serve Members of Parliament with these documents.

I will indicate to these parties by lawyer’s letter that any attempted service by them I consider an unlawful interference in my right and privilege as a Member of Parliament and will so report the matter to the police if any attempt is made to serve such documents on me.  I will consider such service an assault in law as well

Two matters relating to the conduct of  Fred Smith Q C have already been referred to the Committee on Privileges by resolution of the house.

I am seeking your assistance and protection of these ancient privileges enshrined in our law.  The reported conduct interferes with the freedom of access to the House and Freedom of Speech.

I have indicated my view publicly that these matters amount to a Contempt of Parliament and should be dealt with accordingly.

I have worked a lifetime fighting to get to the High Court of Parliament and will brook no nonsense where there are attempts to seek to deny the ancient rights which are enshrined in our laws for Members of Parliament that are all for the protection of the public.

You will recall that an English King was executed in the fight for the supremacy of Parliament in the history of our constitutional ancestors the English.

Freedom of speech and Freedom of Access for MPs was therefore a hard fought, hard won privilege and cannot be dismissed by half-baked lawyers and misdirected public officials and courts.  These rights are primary and unassailable.

I am very concerned at the uninformed hogwash that is being bandied about in public by these proponents of Save The Bays and their high priced lawyers.  These are merely attempts to fool the public and to intimidate  and suppress the truth and the facts from being revealed to the  public about their real motives and the seditious nature of their conduct.

A Member of Parliament has a duty to ensure that  he produces in the High Court of Parliament any information which he has in his possession to defend the realm.  He cannot be lawfully restrained or suppressed.

I should be grateful if the matter is again brought to the attention of the Chairman of the Committee on privileges for his further and necessary action.

I intend to release the contents of this letter publicly.