Our Take On The Panama Papers 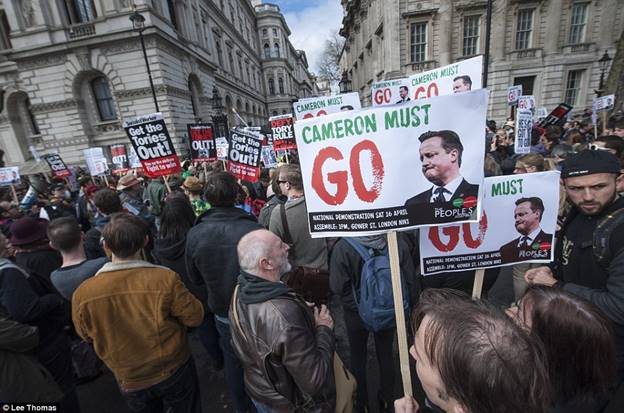 Davis Cameron, the British Prime Minister, is now in stew of his own making. We almost fell off our chair when David Cameron responded that the case of his father’s estate was a private matter. Bite your tongue. We agree it is a private matter and that is what we were telling you from The Bahamas about offshore investments all along. Glad you have now found religion.

Having gotten on his moral high horse about transparency and openness and venturing into the private business of people who wish to conceal for legitimate reasons their wealth and to take advantage of tax competition, he now finds that he may have to step down as Prime Minister within this week.

It turns out that as a result of the Panama Papers leak, his father had a company that held assets in The Bahamas. Mr. Cameroon has made five different statements, saying five different things about it but the bottom line is he sold shares in the company just before he became Prime Minister and got 30,000 pounds for it. So he is caught red handed, taking advantage of tax competition with the off shore centres.

We want the Bahamian public to ignore this nonsense that these developed countries are running on about. President Barak Obama is wrong to attack these offshores centres, sinned the United States is the biggest of the offenders if you want to put it that way. All this kafuffle is sanctimonious nonsense.

Our take: we are concerned about the leaks and disclosures emanating from what is now being called the Panama Papers and the negative conclusions being drawn about our region.

Where there have been violations of the laws in various jurisdictions then of course there is no answer but that the law must take its course and the chips fall where they may.

What we wish to warn against is making the leap toward moral indignation at the financial services centres in the Caribbean and the role they play in the management of private wealth.
That would be wrong and unfair.

We believe and reaffirm that there is a genuine role for the management of private wealth. There are genuine lawful reasons why wealth should remain private and beyond prying eyes whether from the state or from individuals.

First, privacy is a cherished and respected right enshrined in all of our constitutions, including those in developed countries that are largely the source of capital for the financial services centres in the region. We respect that privacy and guard the right jealously.

This right of privacy, however, does not extend to breaking applicable laws.

Secondly, people want to protect their wellbeing in case events happen which may cause them to lose in one jurisdiction, they have a security hedge in the form of assets in another jurisdiction. This is just plain common sense.

Thirdly, there are security reasons why people with wealth would want their wealth not to be known and beyond prying eyes, to protect their personal security.

What we have seen in the press by way of commentary on these latest disclosures concerns us because much of it is just that commentary and not factual information.

The fact that public officials in other countries must pay a political or legal price for various issues in their home countries, there should be and there is in fact no moral or legal opprobrium connected to investments or wealth management in financial services centres in Caricom countries.