viagra buy pills times;”>Why, cheap you chivalric fool, as if

the way one fell down mattered.

When the fall is all there is,

— The Lion In Winter, Richard III 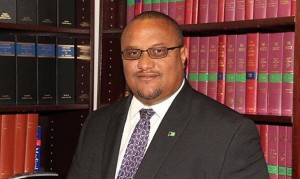 Just before the last general election in 2012, the Prime Minister Perry Christie, then Leader of the Opposition and plotting his way back to be Prime Minister received a message from a leading attorney, not connected in any way with politics.  He wanted Mr. Christie to know his response to the announced intention to nominate Greg Moss as the next candidate for the PLP in Grand Bahama.  The man was apoplectic and incredulous.  He said: “Tell Mr. Christie, he does not know what he is doing.  You don’t know him. This man is not what he seems.  Do not do it.”

We all know now that the advice came too late.  You can’t have a perfect record but when the news came to Mr. Christie in Brussels that Mr. Moss had left the party, he could have said “O my prophetic soul”.  In fact he  did.  He said he was not surprised.

The announcement of Mr. Moss came at the end of a long speech  by him  in the House of Assembly on 8th June in which he scorched the earth as he rushed out the door.  Everything was wrong with the PLP.  His resignation letter was an act of over dramatization.  He was like the mother on the side of the road watching her son marching discordantly, out of step with the other soldiers but she cries: “ Oh look everyone is out of step but my Johnny.”

What is unbelievable is that people can be so blinded by ambition that they cannot see commonsense. The objective observer asks oneself: what does this person see that we don’t see?

There are only two sides in the country: the PLP side and the FNM side.  Mr. Moss said that he won’t join the FNM.   On another occasion he called them jokers. The DNA, a sub set of the FNM, was put to him.  He hesitated.  We suspect that the reason for the hesitation is that he would not want to be in the DNA if he cannot be the leader.  In that he has a problem because the only other man with a bigger ego than himself and Andre Rollins in the country possibly is Branville McCartney. They say that so full of himself is Mr. McCartney that he has not seen a mirror yet that he can pass up looking to, as he goes by.

Some say that the troika Messrs. Moss, Rollins and Wells are headed toward joining up together and heading up a new party.  That will never happen.  If it does happen, they won’t last as long as a Paddy in the army.

It was interesting that Mr. Moss chose now to leave.  Monday 8th June was we believe a preemptive strike.  The talk going around in the back chat rooms was that  he was not going to get his nomination from the PLP again.  Indeed the Chairman’s statement which is published on this site today admits as much.  Mr. Moss then chose to strike first.

If the  preemptive strike was meant to suck up the oxygen from the political atmosphere, it did not work.  One perhaps two days of headlines. Newspapers are increasingly irrelevant.  So Candia Dames and Eileen Carron were able to make few extra bucks but there was hardly a ripple in the PLP.  The juggernaut just kept on moving.  There is much land to be possessed. It caused no havoc and he in fact did the organization a favour.  What must be done now is a replacement apparatus in his constituency, a revival of the branch in Freeport and the work of trying to get people back to work in Grand Bahama.

One thing you always hope when a fellow has a bad experience in politics is that he learns from the mistake.  The ego bruising mistake and miscalculation of his resigning from National Insurance Board should have been instructive. Most people thought that he was making trouble as a backbencher because he believed that would have forced the PM to bring him into the Cabinet.  Problem is the PLP’s majority is so large that he had nothing to bargain with.  The PLP just let him twist in the wind and of course his ego did not allow him to utilize the other strategy which was to say sorry, beg pardon and get back in.

You also hope that when people explain to you what your personality defects are that you at least listen and try not to play to type but in this case he made the same mistake over and over again.

This seems a sad case of a political career at a premature end.  All self-inflicted and he had plenty of examples to look at.

PLPs should not worry too much.  We all know that these large majorities are inherently unstable.  In every five year period, there was some kind of break up whether in Pindling’s 1968 term or Ingraham’s 2007 term. Party coalitions are difficult to keep together.  Who would have thought that Ken Russell and Hubert Ingraham would have fallen out but they did?

It would have helped Greg Moss’ case, if at least one PLP of some note or standing said to him that he was going with him.  But not one general, not one constituent of Greg Moss, not one MP.  He is on his own.  It just seems like a sad case of crash and burn.  It was left to Leslie Miller MP for Tall Pines on his feet right after Mr. Moss sat down to say, that he hopes that he reconsiders.  Most others are saying good riddance to bad rubbish or simply moving on with studied indifference.