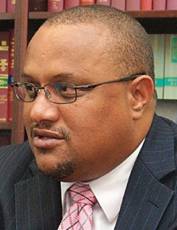 Speaking on the bill to extend the Hawksbill Creek Agreement for six months on Wednesday 29th July while, the proposed recommendations of the special committee on Freeport’s recommendations are considered, Greg Moss MP Marco City said that he disagreed and opposed it.  While speaking, he promised that in his new role as an “independent, he would be presenting private members bills when the Parliament meets on the second Wednesday in the month.   That’s fine.  He is entitled to do whatever he feels empowered to do.  Only problem is his view on Bahamar that what the government proposes is nationalization, is out of step with reality. It is not nationalization of the asset and that the idle untruthful propaganda of the developer should not come from the mouth of an intelligent man like Greg Moss.  He should know better.  In this day and time, with all that is at stake, we do not need to be distracted by arguments spoken through a Member of Parliament which gives substance to the actions of a foreigner trying to subvert the economy of The Bahamas. Even an “independent” ought to know better.