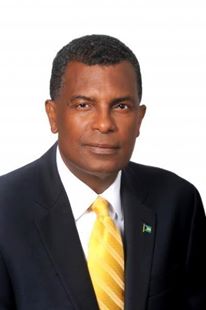 The Bahamas 43rd Anniversary of Independence

On behalf of The Ministry of Foreign Affairs and Immigration, I am pleased to join Bahamians throughout the nation, as well as those abroad, in celebrating the 43rd Independence Day Anniversary of the Commonwealth of The Bahamas.

This July 10th 2016 marks forty three years of endurance, perseverance and persistence in the building of our nation. As one people united in love and honor, we sought to establish a nation founded on peace, democracy and respect for human rights – a nation that would prosper for generations to come. We can take pride in our achievements to date.

The struggles endured by our forefathers have brought about the freedoms that we all exercise today. For this we remain thankful.

As Minister of Foreign Affairs and Immigration, I take this opportunity to thank all who have contributed to the coming about of our independence. Their priceless work has left an indelible mark on each and every one who carries the nationality “Bahamian”. Ours is still a relatively young nation, and we must ensure that young men and women remain engaged and are provided with the tools to continue building a strong Bahamaland.

Each year I celebrate independence with the people of Exuma and revisit with them on the Regatta Park in Georgetown the ceremony which first took place there with the lowering of the Union Jack and the hoisting of the Bahamian tricolour. It is moving to be in one of our islands and see the pride which they have in our nation.

I want to pay tribute to Rev. Irwin Clarke who preached the first independence sermon way back in 1973 at St Teresa’s Catholic Church in Georgetown. He is still alive and I praise the contribution he continues to make.

One week after the 10th July, I then join the people of Fox Hill with their own enactment of the ceremony. It was my late friend and brother Winston Saunders who, as Chair of the Organizing Committee for Independence Events a decade ago. recommended that communities throughout The Bahamas celebrate in their own special way.

This is our Bahamas and for good or ill I am proud to be Bahamian.
Again I say Congratulations and Happy 43rd Independence to The Commonwealth of The Bahamas.