PRIME MINISTER AND MEMBER FOR CENTRVILLE 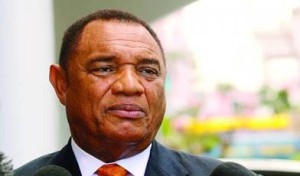 In the interests of clarity, the tax concessions are available to licencees in the Port Area of Grand Bahama – better known as Freeport, and include the following:

The imminent expiration of these concessions under the Hawksbill Creek Agreement has provided an opportunity for the Government to secure a comprehensive set of new arrangements aimed at spurring economic development in Grand Bahamas while at the same time increasing Grand Bahama’s contribution to net fiscal receipts on a fairer and more equitable basis having regard to interests of The Bahamas as a whole.

Accordingly, and with that aim in mind, the Government retained international consultants to undertake a study of the economic situation within the Port Area; the implications of renewing expiring incentives of the kind in question; and the adoption of new measures aimed at accelerating, broadening and sustaining economic development in Freeport and Grand Bahama generally; and to consult with the Grand Bahama Port Authority and other stakeholders,

Additionally, the Government appointed a Committee to review and make recommendations with respect to the impending expiration of the tax concessions in question under the Hawksbill Creek Agreement, and to recommend other measures that might be taken to promote and sustain economic growth in Grand Bahama.

The study by the consultants and the Committee’s report are currently under consideration by the Cabinet.

The tax concessions in question are of great importance to the further economic development of the City of Freeport, and the entire Island of Grand Bahama.

Due to the in depth and comprehensive nature of the study and the report of the Committee, which would also require further consultation and negotiations with stakeholders and the Grand Bahama community, more time is clearly needed to complete this vital exercise.

In due course, following the completion of Cabinet’s deliberations, Parliament will be provided with the information contained in the study and the Committee’s report. The context for that, of course, will be the bills that shall have to be tabled by the Government to give legislative effect to any change in the tax relief provisions of the Hawksbill Creek Agreement.

In the meantime, however, to emphasize the thoroughness of the review that was carried out, the Committee met with over 100 stakeholders including civil society, manufacturers, developers, tourism operators, professionals, and present and former Parliamentarians drawn from both sides of the parliamentary divide.  In addition, the Committee hosted public meetings with the community.

Clearly, there is still a great deal for the Government to digest and consider before settling the longer way forward based on the study by the consultants and, more especially, the report from the Committee.

In the meantime, however, and at least for the short term, it is vitally important that we maintain the status quo as it relates to the tax concessions in question. This will require a short extension of six (6) months to the existing 1993 Hawksbill Creek Grand Bahama (Deep Water Harbour and Industrial Area) (Extension of Tax Exemption Period) Act which, as I pointed out at the beginning of this Communication, is due to expire on August 4th, 2015.

Accordingly, I shall be introducing the Hawksbill Creek Grand Bahama (Deep Water Harbour and Industrial Area) (Extension of Tax Exemption Period) (Amendment) Bill, 2015 in order to effect the 6 months extension.

This extension is necessary to enable full analysis and further consultation, if necessary, so as to set the foundation and framework for the accomplishment of Grand Bahama’s full potential in the national interest for the benefit of all Bahamians.

The Committee did a great job and one for which the Government is most thankful. It will certainly be of enormous value to the Cabinet as it proceeds to complete its deliberations on the longer term economic future of Freeport and Grand Bahama generally.