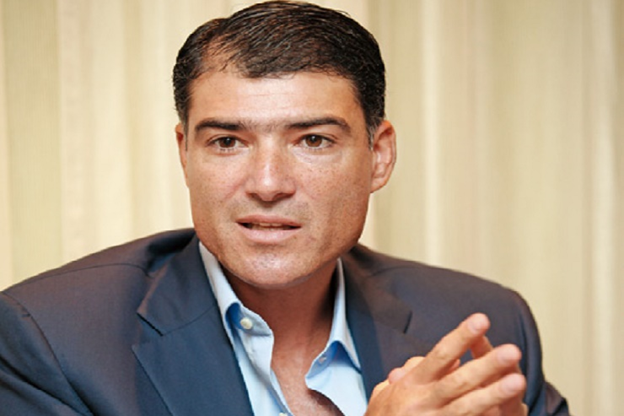 The final curtain has come down on Sarkis Ismerlian, discount viagra the man who as a Permanent Resident of The Bahamas, has seen his dream of becoming a major presence and developer in The Bahamas come crashing down from his own hand. Now he is engaged in what every candidate for office in The Bahamas knows when they go door to door. The pot cake who seemed so docile when you were entering the yard is now barking after you, showing off because the owner is around. We all know that the bark is harmless, because if you turn around, the dog turns tail and runs away.

Bradley Roberts, the Chairman of the PLP, did a credible job this week in explaining for the umpteenth time to an obstinate and obdurate political opposition class what the facts of life are with regard to Sarkis Ismerlian and Bahamar. The intervention became necessary because Mr. Ismerlian once again intervened in this matter of the disposition of the Bahamar development after the possession by the bank. Mr. Ismerlian is irrelevant to what is happening. He has no say. The property does not belong to him. He is out. He has lost his life’s work and cannot get over that fact.

This time he wrote the China Export Import Bank who were the owners in possession but who have since divested the property to a special purpose vehicle, to expedite the sale to the new owners Chow Tai Fook. This was all in the public domain when the Court made the decision two months ago and any one who was paying attention would have known the facts.

Everyone keeps wondering why this blasted press in The Bahamas keeps giving his man Ismerlian headlines when he has no say. He is like any other person in this country who couldn’t pay his bill to the bank. The bank took the property back under the power of its mortgage document. Mr. Ismerlian simply could not pay.

Apparently though he has money for other things. It is widely rumoured that three FNM candidates are being sponsored by him: Dionysio D’Aguilar who is his mouthpiece was confirmed as a candidate last week by the FNM, Jeff Lloyd, the radio talk show host and Marvin Dames, the former security chief when Mr. Ismerlian was in charge of the hotel property. Then he has this Bahamar Citizens Facebook page which specializes in muddying the waters with nonsensical commentary about the latest developments.

He has even played the Chinese (read race) card suggesting that state owned enterprises were really a disguise of the Chinese taking over The Bahamas. There is no evidence of it anywhere. This is a formal commercial transaction but still he goes on and on.

Mr Ismerlian, you can understand, because his is just a case of sour grapes. You have to be forgiven for thinking, if you are an intelligent Bahamian, that you must be missing something. Either, we are the greatest fools or the greatest geniuses. The FNM leaders and the DNA Leaders keep standing up for this man and his lost investment. Keep trying to pick holes in what the PLP has done and attacking Prime Minister Perry Christie.
Here is what Mr. Christie accomplished: one hundred per cent payment to the creditors of Bahamar and to the laid off employees, amounting to 161 million dollars; the remobilization of the project which means 700 million into the project to finish it, and now the sale to a world class developer which will run it through the Rosewood Hotel brand. So what do the FNM and DNA have to say? They are still running on about a secret deal.
The FNM and the DNA and Sarkis Ismerlian ought to go sit small and simply shut the fuck up over this.