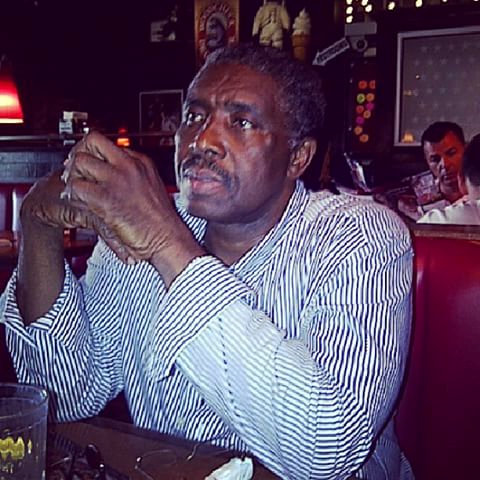 Well, well, a change has come in the governance of The Bahamas. Not unexpected, but the margin of victory by the present government, with the majority of 35 seats in Parliament to the previous government’s winning of only 4 seats was quite surprising. The composition of the Government’s majority is made up of primarily, I would assume, brilliant young men and women led by a Prime Minister who is unique, in my opinion, in his style of governance and administration. I do sincerely, congratulate the new government on its victory and wish it every success in its endeavours. BECAUSE IT’S THE PEOPLE’S GOVERNMENT. I sincerely wish it no failed harvest, hence the reason the Corner began.

I’m in a sad mood, as Sam Cooke said in one of his ballads, “I’m in a sad mood tonight… Oh, I’m in a sad mood tonight.” But, Sam would say that his baby had gone away and left him. But my baby has not gone away and left me, I’m sad for other reasons. Because and I quote Aretha Franklin and Michael McDonald in their duet “Ever Changing Time,” “I see the clock on the wall, it’s ever changing times.” I’m sad because as I refer to that song, and I read the local papers and social media, the reaction from some of the PLP’s members of Parliament, seem to reject the suggestion by Chester Cooper, our newest, youngest, brilliant, and intelligent Member of Parliament that the PLP should apologize to the Bahamian people. As a man who studied “Humanistics”, but more importantly who absorbs Grandma-nistics, who taught me to always pay homage to those who do good, but also criticize and chastise those for the wrong that they do. The good which the PLP has done from its inception cannot be denied, but sure as hell we did some wrong. I think the leadership of the PLP was wrong on this one. Apologize like Chester says. In the country, it’s the people’s time, but if the PLP wants to survive the wilderness it is in, it is the young people’s time. The writing is on the wall, these are forever changing times, if the PLP does not want to embrace the Chester Coopers of our time and other like-minded young people, and it will be a long time, before “it’s time” again.

When is the PLP going to accept the fact that they were voted out of office by young people, and particularly young PLP’s? Oh, the Corner has great respect for some of the brilliant and intelligent PLP’s such as Fred Mitchell and Alfred Sears. However, PLPs in my generation must understand that we are now in the departure lounge of our own mortality, notwithstanding, by the next election, God willing; we would just be shy of three score and ten. And the world, who knows the Corner, knows that when it comes to Fred Mitchell, it’s a given with me. As we sit in the departure lounge, the likes of Chester Cooper, and other young people with political aspirations be they from FNM or PLP, or otherwise, are flooding, the arrival lounge. Be careful how we react to them… They are the arrivals, and we are the departures.

Lastly, For God’s sake, people, I have one issue, please, please give the new Prime Minister a chance to govern. He has had less than 70 days in office. If my calculations are correct, the country had 25 years of L.O. Pindling, 15 years of Hubert Ingraham, and 10 years of Perry Christie, which is 50 years of governance, which when calculated, equates to 18,250 days. This man only had less than 70 days. Unless he is the second coming of Jesus Christ, we can’t expect him to accomplish what others couldn’t in 18,250 days. I say, “Ease up off him.” At least give him his five. This was supposed to be a short corner, but my friend McKallan Stubbs who shares my views equally, would say to me, “Hey Corner, if these guys were real like me and you, perhaps they would be in today.” And like Mac would say, “You remember the old group, the Floaters, who had that song, float, float on? If the SS-PLP wants to remove itself off that reef it finds itself on, they better listen to the likes of the Chester Coopers and our children, or they would forever be on the reef, never again to float or sail on.”

Stay tuned next week, for Funk on the Corner…featuring Funk and Mac.

P.S. Truly, failing to adhere to the above they will find themselves listening to this song “Since I’ve lost my baby” for long- long time.