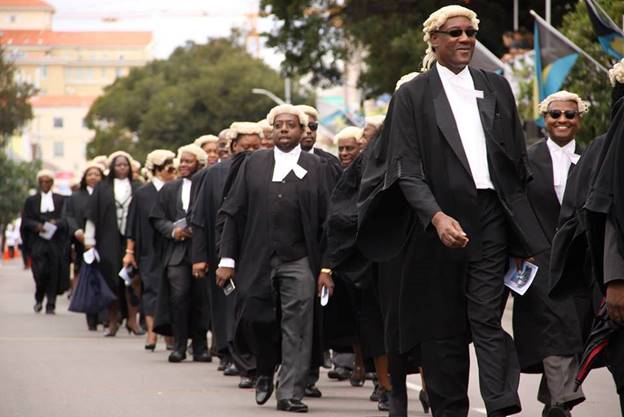 best cialis times;”>Lawyers marching from the Cathedral (photo by The Tribune) 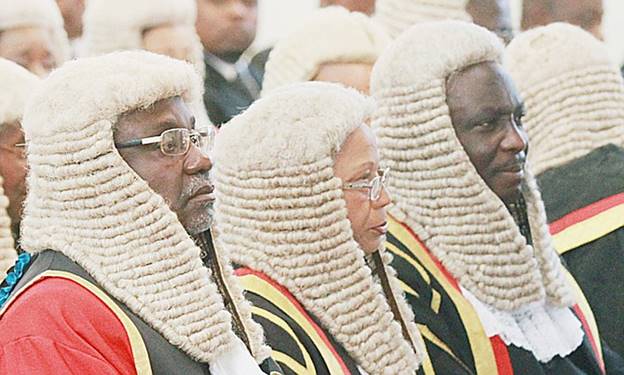 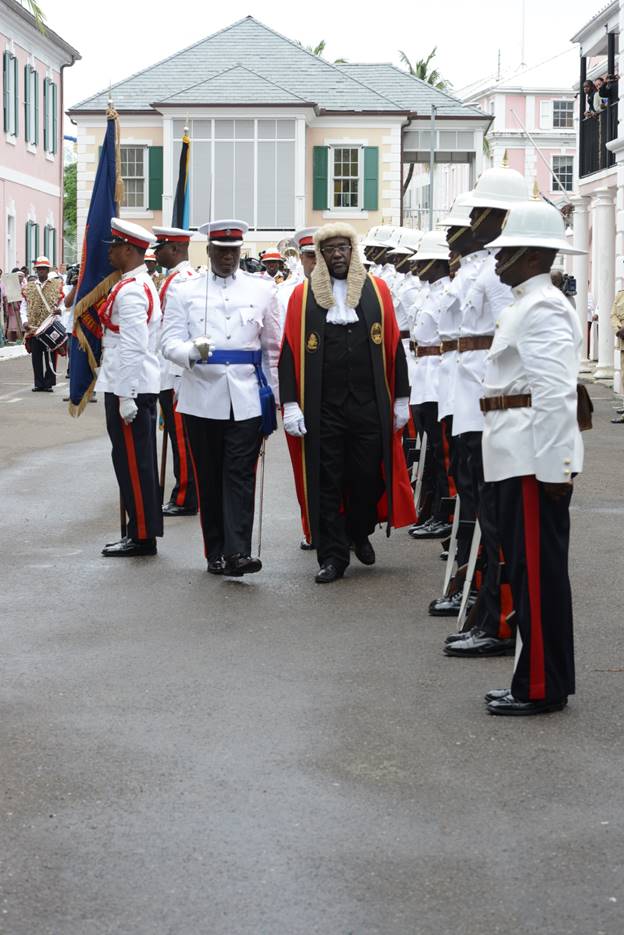 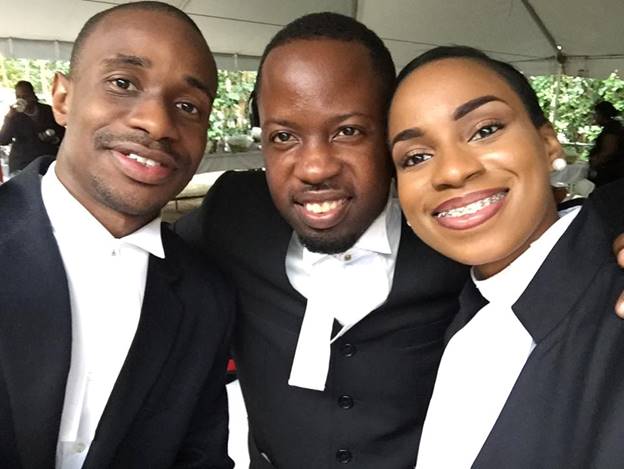 The young lawyers ham it up for the cameras: Audirio Sears, Viraj Perpall and Ashley Sturrup from Viraj Perpall’s Facebook page 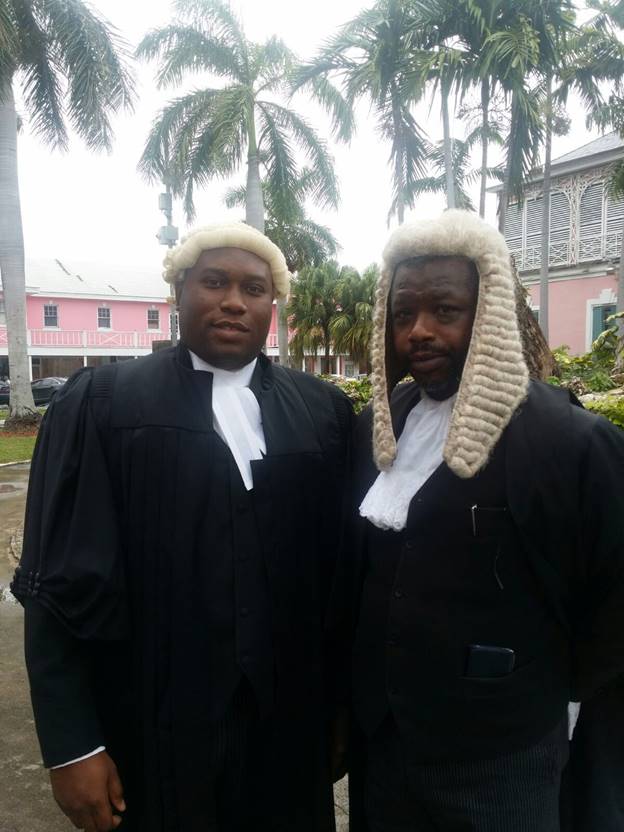 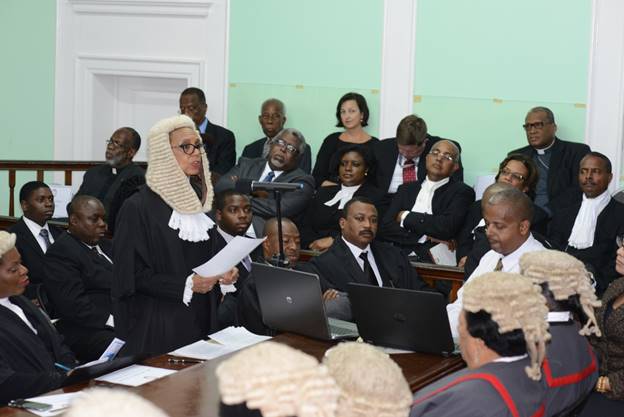 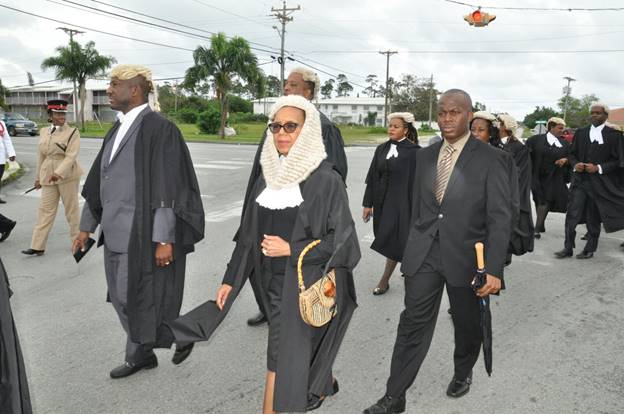 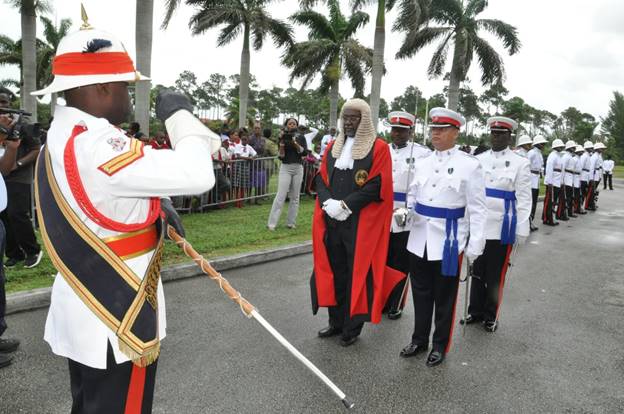 Vandyke Hepburn’s photo of the Chief Justice Sir Hartman Longley with Commissioner of Police Ellison Greenslade in Freeport on 14 January.

NASSAU, Bahamas, January 13, 2016 (BIS) — “2015 was a most productive year,” said Attorney-General, Senator Allyson Maynard-Gibson, QC, as she addressed justice system stakeholders at the opening the 2016 legal year on Wednesday, January 13, 2016.

The ceremony, which takes place every year on the second Wednesday in January, gathers the judiciary, lawyers, elected officials and religious leaders.

Among the many achievements listed was an increase in conviction rates. “In 2012, when I was appointed to the Office of the Attorney-General, this office secured convictions at a rate of 31%. In 2015, this rate has doubled to 63% — an accomplishment not possible without the commitment and sacrifice of our hardworking prosecutors,” she said.

These improvements were also the result of a renewed focus on witness care with new protocols for witness engagement and protection, she explained.

This growing efficiency within the justice system has also allowed for the Office of the Attorney-General to dispose of a number of backlog cases. “For almost two decades, and across successive administrations, an historic backlog of over 1,000 cases has loomed, exacerbated by poor record keeping and inefficient procedures,” the Attorney-General lamented. “But today I can announce that, for the first time, backlog cases are being properly inventoried and their progress tracked. We disposed of more than 100 backlog cases in 2015.”

This progress on the backlog, she acknowledged, was possible only with the help of a number of justice system stakeholders, including the judiciary, prosecutors, law officers and the Defense Bar, who she thanked for their hard work.

She also highlighted the contributions of international partners, such as the Inter-American Development Bank, the Commonwealth Secretariat and the U.S. State Courts.

In addition to a fully operational Office of the Public Defender in 2016, the Attorney-General listed two other major priorities: increased public engagement and the further strengthening of the judicial system.

Citizens can participate in the fight against crime as witnesses and jurors, she said, but they will also be able to anonymously report when those on bail violate the conditions of that bail through a Crime Tipsters Anonymous Hotline. She has called for the creation of a website with the photos, charges and conditions of bail for those released, in the hopes of keeping the public informed and engaged.

To further increase the effectiveness and efficiency of the judicial system, she asked that judges fully embrace the available technology, robustly manage cases and establish a court with the specific purpose of hearing backlog cases.

Speaking to our current times, Mrs. Maynard-Gibson specifically requested that the courts expedite sexual offences and witness tampering matters, while urging judges to take a hands-on approach to bail, recognizing that bail could be a death sentence to some accused persons.

In turn, she stated, “we at the Office of the Attorney General pledge to do our part by embracing 21st century technology; strengthening our commitment to early disclosure and effective plea bargaining; and by always attending Court ready, willing and able to prosecute matters – from start to finish.”