LETTER TO THE EDITOR: POWER SUPPLY CONFUSION IN GRAND BAHAMA 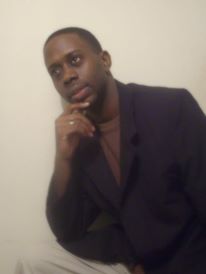 Dear editor, tadalafil last week my letter spoke to several post hurricane issues, particularly as it related to price gouging, and the exigency order that the government implemented. This week rather, if you would permit, I would to express some views on power restoration, particularly on the island of Grand Bahama.

In a 2014 article by Robert Brenner, published by the website “Survival Life,” it stated in part that “there is a psychological effect on people that often occurs during extended power outages. As time passes without electricity, people who depend on their ability to communicate or move freely get agitated, worried, and sometimes panic.” He later referred to this as the “power outage panic response” –POPR for short. They get anxious. They can get irritable. And they can act in ways they normally would not act. This is when normal people do abnormal things. Some lose control and begin stealing from others. Some do much worse. This makes safety and security an issue to those who intend to remain and “tough it out.”

I find myself in complete bewilderment as it relates to power restoration efforts on this island. To date, since the passage of Hurricane Matthew, if I am not mistaken, I think we are at 38%(give or take) of successful electricity restoration. With a population of about fifty thousand, in my mind this is not a figure to brag about…albeit those who now have power to their homes are quite happy; but nonetheless, the numbers remain unsatisfactory in the grand scheme of things.

So I question, what the hell is going on? I hold the view this is nothing more than organized chaos, supported by generic public relations. Further to that, I cannot say definitely whether or not these restoration efforts are fueled by personal/ political agendas of some the operatives inside this particular utility company. I just cannot!

My limited knowledge of the industry tells me that in post disaster power restoration efforts, the essential services are priority. From my view, where this island is concerned, these include the hospital, gateways (sea & air),  potable water, and law enforcement. What we do know is that it was not until the administrator of the tertiary healthcare facility here, indicated on radio that her facility was not on the first list of entities/ areas to be electrified, that  expedient steps to resolve that matter was taken. What we do know is that, it was not until last week, that the one substantive ministry on the island was electrified. The one full representation of Central Government on the island is not a priority? I find that contemptuous towards the government!

I have heard many who have tried to use the comparison between past dual hurricanes-Jeane & Francis, to that of the most recent Hurricane Matthew. The focal point of their argument is that back then, we waited much longer than the present for power restoration. My response to them was, and remains that, that was twelve years ago…What did we learn? I have likened it to frequent power issues faced in Nassau, where the executives of the power company there, can explain in detail why there are so many power outages; but yet, they cannot keep the damn thing fixed. But this time around, post hurricane, even them can receive a little bit of praises, as their numbers are in the high 90 percentile…and they have more people! Asking this author to be patient, and grateful, means nothing.

No one need explain the science of storms, and devastation to me. I am quite knowledgeable of it? However, was there a contingency plan in place….if so, did it make sense? The consumer cares not of the technicalities behind the scenes. All they know is their power is out, and want to know how soon it will be restored. At this point, frustrations are common and should be expected.

If I am to offer any commendations to the power company here, I would have to commend the crews they brought in from Tampa, and Nova Scotia. It was quite obvious these boys came here to work. Their work ethic is just beaming off them. I hope our boys seek to take a page out of their books…the contrast between the two is far and wide.

Maybe one day we will get it right…no?

From the new Bahamian Sahara, with daily reminders of our third world status,

PrevPreviousNO CURRENT: DECSENT INTO LORD OF THE FLIES
NextController of Road Traffic writes open letter on guidelines to all motoristsNext