Lincoln Bain One Of The Army Of Complainers 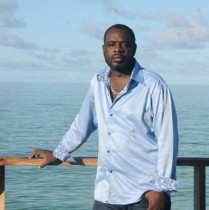 Lincoln Bain formerly the television collaborator on  Controversy TV and who is  now a declared FNM candidate for the Pinewood constituency against the PLP’s Khaalis Rolle posted this about the Carnival on his Facebook Page. What is it about being in politics that causes people to write and say things that they cannot possibly mean.  When you look at the success and amazing success of what happened with the Junkanoo Carnival, case any intelligent person can see that the thing was a roaring success, whether or not it’s a success in economic terms and we believe that it was.

The fact is, it was a success with the people.  All the esoteric arguments about  who came from where and whether this was right or the next was right were ignored by the vendors who made money and the people who simply turned out spent their money and danced in the streets.  The thing is, we would pay attention to him  if he at least got his math right but his figures just don’t add up. He started with a false premise about money spent to return per capita. Mr. Bain comes off like Mr. Scrooge. In the face of all the goodwill, he can only say : Bah humbug!  Just for the record though here is what he said:

“This Junkanoo Carnival is now a proven waste of the country’s resources. This is just a grossly over budget concert. There have been many concerts in the Bahamas over the years that have drawn large crowds e.g. Beres Hammond and Byron Lee & the Dragonaires concerts. Yet the promoters of these concerts never spent 9 million to have these concerts. The Government says that 100,000 people will come to their carnival concert. Even if so, at $15 per head that would mean only $1.5 million nowhere near covering or justifying the $9 million spent. The TA Robinson Stadium holds 15,000 people. The area where they are holding the carnival concerts is nowhere near the size of the Stadium. It is not even 5% of the size of the Stadium. So to estimate that 100,000 people will fit in that space over 2 days is completely asinine. Huge Basket Ball Arenas usually seat under 20,000 people eg. MSG holds just over 18,000 and Miami Heat Stadium holds just over 19,000. But for Stadium concerts where there is 180 degree seating as it is at the carnival concert site (only in front of a stage and not 360 degree seating like a game) the seating is about 12,000. The site where these concerts are being held and where the Freeport concert was held are barely as big as one section of those stadiums. So where Bahamian officials are getting their estimates is beyond me.”