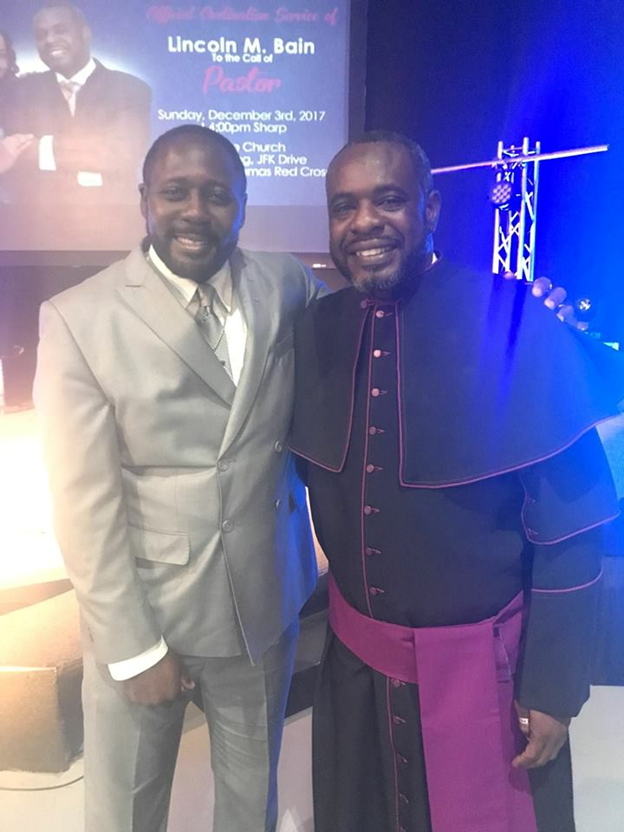 Well isn’t God a good god. The two above are now both preachers.  They started out in Controversy TV, ambushing with their intrepid cameras folk in flagrante delicto on the beaches.  They went their separate ways.  Utah Rolle on the left discovered a father he always wanted and joined Mt. Nebo Church with his Dad where he preaches the word. Good at it too.  Lincoln Bain, went rogue in politics, on the talk shows, pretty nasty stuff uttered from his mouth.  Fell out with the FNM, ran for the DNA and was defeated by Rev Reuben Rahming.  Irony of ironies Reuben Rahming, now MP for Pinewood, was there to see and lay hands for the ordination of Mr. Rolle as the Pastor of Purpose Church of JFK Drive in Nassau.  Ordination done by Bishop Walter Hanchell the pro FNM activist who helped to sabotage the vote for equality for women.  But God is good all the time. Congratulations.