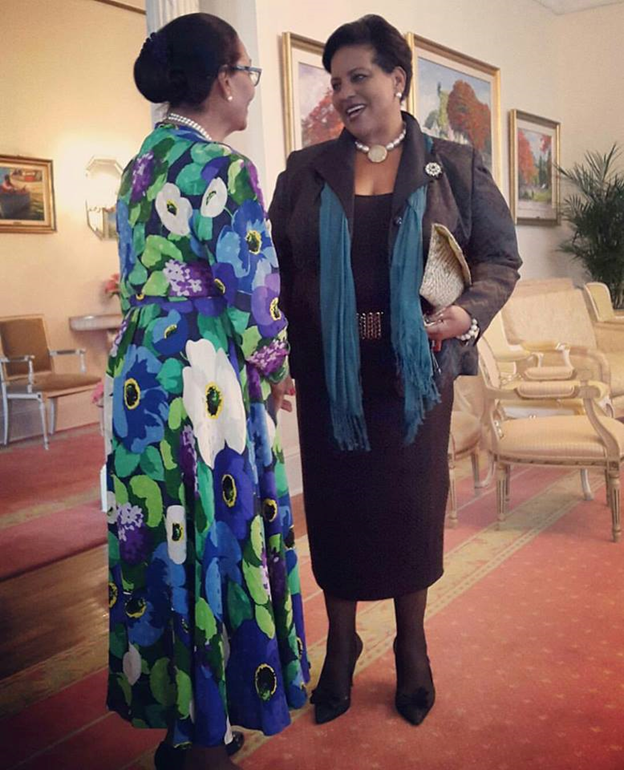 Try as she might to put a brave face on it, Loretta Butler Turner, the now Leader of the Opposition, has nothing.  She made this treacherous move, while sitting right next to the hapless Dr. Hubert Minnis to move him and become leader.  She and the six other MPs who wrote that letter to the Governor General to have him removed thought in their dreams and in reality that when they removed him by the artificial constitutional device that Dr Minnis would simply fold up and go away.

From the start of his tenure as Leader, we have warned the FNM that this man Dr. Minnis was no Tommy Turnquest.  You remember the background to his appointment.  Hubert Ingraham, the defeated Prime Minister, resigned in a huff from the leadership and from Parliament.  He left the party adrift and leaderless.  Dr. Minnis was thought by him and the rest to be a safe choice.  He was not the brightest bulb in the room and he looked like someone you could put in place and then when Mr. Ingraham had finished sulking, Mr. Minnis would simply step aside like Tommy Turnquest before him and let Mr. Ingraham back in.

As time went on though, it became clear that Dr. Minnis was no pushover.  He intended to stay and he worked to make sure that would happen.  He survived one assault after the next and ultimately three tests for this leadership, two of them this year.  He survived all of them.  But the upper crust, Bay Street element of the party, did not like him and were not satisfied.  They had one more arrow in their quiver and that was to write the Governor General and have him removed.  They got their wish when Dr. Minnis angered Edison Key, the MP for South Abaco, and that was that.

Having done that though they have no plan.  They have no idea what to do next.  They really thought that the FNM would become theirs but they are learning the lessons of 1977 when the FNM split into BDP and FNM and faced Pindling in the 1977 general elction.  The blacks who are really breakaway PLPs cannot win a government without the white money and support, and vice versa.  Pierre Dupuch says that the split organization done by the deed of Loretta and her cohorts has handed the general elction to the PLP.

Meanwhile down in Long Island, there is a furious reaction to what Mrs. Butler Turner had to say.  She according to rumour is or was unceremoniously booted out of her headquarters in Long island.  The nomination of the FNM has been stripped from her so unless she runs as an independent or forms a new party or joins up with Bran McCartney she has nothing to run for and on.  She was so dumbstruck she fumbled around when asked in the press about the next step and she said that well she didn’t know what she was going to do next.   She tried to play the victim card.  Look what they are trying to do with me; when she is the one who started the whole mess.
In the face of this ball of confusion though, the PLP must not relax and should take nothing for granted.  We do not know what the younger people are really thinking.  Are they really paying attention to any of this? There is an underlying anger and disillusionment and fury at the PLP, its leadership and the whole party, thinking that we are clueless.  The young PLPs themselves are angry and furious and we are not sure why, in the face of the successes of the government.  The country just seems to be in a sour mood.  Given what has happened throughout the Caribbean and now in the Turks and Caicos Islands where the governments have been thrown out, there is trouble on the way for the PLP without some pretty dramatic changes
.
Well that’s it for this week.  Ball confusion but we must find a way to win.