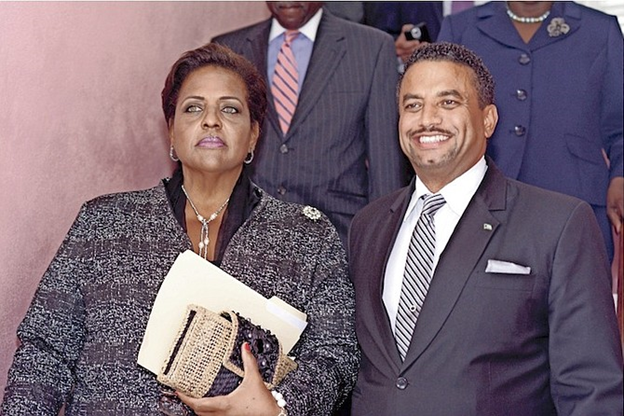 The political pundits and those citizens who follow these things are still trying to figure of what the end game of Loretta Butler Turner is.  She obviously sees something that most of us don’t see.  Most of us see that she has reached a virtual dead end in her political career.  This a real case of all that glitters is not gold.  From what most observers can see, the best she has gotten out of her move to remove FNM Leader Dr. Hubert Minnis  is some newspaper headlines, invitations to Government House and a new ward robe.  Substantively, doesn’t seem to be much else. She has been putting a good face on it though.  In the press last week, she defended again the indefensible appointment of Rodney Moncur to the Senate.  Then she announced that she and Branville McCartney of the Democratic National Alliance would form a bold coalition.  Only to have both the DNA leaders Mr. McCartney and Chris Mortimer deny that there is any such coalition.  It looks like unless the PLP makes a deal with her in Long Island, she does not have a fighting chance of retaining the seat. So what is the endgame? Here is what the press reported on 5 January in her own words and then Mr. McCartney’s words in reply:

“Branville and I and the DNA are going to have a very interesting coalition that we are going to reveal hopefully not too long from now.

“I think it is important that persons like ourselves get in the driver’s seat and be able to move the direction of the country. We are going to be bold in what we do. This generation requires us to produce change and if you want change, you have to be bold.

“So, I am forming a very powerful, bold coalition. Some people will second-guess my judgment but in the fullness of time they are going to appreciate and understand in order to frame history you cannot be passive. You have to go out and make things happen. So kudos to Branville and kudos to the magnificent seven who decided we could not go sit down on our morals and wait for things to happen. We are like fireworks, we will explode things and make sure we are able to make it happen.”

“The only conversation we had was about my becoming a senator. Right now the DNA is waiting for this election and how we will form the next government. With regard to the fantastic seven or the rebel seven, they are still with the FNM. They are still members of the Free National Movement.”

“The DNA is not with the FNM, we are completely different. So at this point there is no arrangement, there is no plan.

“We welcome anyone who is like minded to come to the DNA. Even me, I have to go and apply and go through the Candidates Committee and it has to be an unanimous decision.”

“We are releasing another 11 candidates that have gone through the process and none of them are the rebel seven. Like I said, I am not aware of the coalition. Mrs Butler-Turner appointed me to lead the Senate and the discussion we had were in relation to being an effective opposition force and to get the PLP out of office. I have no difficulties with a coalition but we did not speak about one.”