THE PLP RESPONDS TO ISMIRLIAN 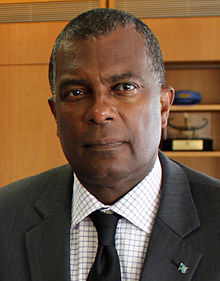 From The Office Of The Chairman of The Progressive Liberal Party

The Government Of The Bahamas should take note of the actions started at the instigation of Sarkis Izmirlian and his group. The action is negative against The Bahamas and the major economic investment Bahamar. Recalling that Izmirlian and his group lost the project because of his own acts and omissions and irresponsibility, the filing of the latest legal action in the United States comes off as vindictive and an act of revenge calculated to injure The Bahamas and its reputation and to cast aspersions on the PLP.

When one looks at the words of the documents filed, this seems nothing more than a rehash of the narrative which Mr. Izmirlian is determined to tell, although the actual facts bear no reality to his narrative.

The most egregious insult in the entire filing was the suggestion that the bankruptcy of his operation was somehow influenced by dealings by the government then a PLP administration which were “secretive and suspect” because the documents were sealed by the Supreme Court of The Bahamas.

This is outrageous. The FNM parroted this nonsense during the campaign only to have to be shown that it was simply untrue. Why is this back in the public domain in official court documents? Reasonable minds can conclude that it is being done to cause injury to The Bahamas and to this important economic project in The Bahamas.

They are filed in a foreign court. This is a well-worn path of the Izmirlian developers: to file actions in foreign courts when they well know that everything connected with the action is related to The Bahamas and so the question of what is the appropriate forum immediately comes into play. Knowing that previous rulings on the forum have gone against them, why then would they persist in this again? It points only to trying to trying to muddy the waters and sully Bahamar which is now well on the way to success.

In fact, the question is: does the previous developer have any standing in this matter having regard to the fact that the asset has now been repossessed by the China Export Import Bank and subsequently sold to a new owner.

The first developers of Bahamar must simply be reminded that they were unable to complete the project not once but twice. They failed in their payments to Scotiabank and then failed again in their responsibilities to the China Export Import Bank. The company suffered a fate no worse than any other mortgagees who cannot pay their bills, the bank realized its security and acted to protect its risk by selling the asset on the open market, in this case supervised by the Courts. There was nothing secret or suspect about it.

When, if as alleged there were issues with construction, surely those were matters which could have been spotted and reconciled long before the company got to the point of bankruptcy. The developer must take responsibility for faults uncovered.

The first developers should give it a rest and stop defaming The Bahamas.

The PLP administration worked hard to ensure a successful development after the first developer failed to deliver on the project. The rescue of the project was carried out in an open and transparent fashion and despite all the propaganda, the good results are there today for all to see.