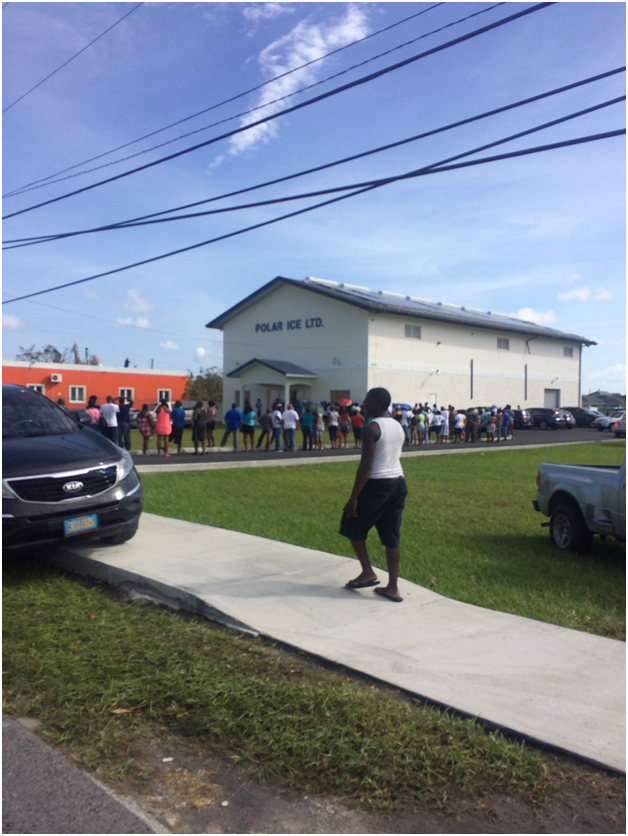 Michael Dukakis who was once the Governor of the state of Massachusetts in the United States got a great boost for his political career and fortunes. He was seen on television every day of the crisis of the great snow storm of 1978 in his pull over sweater and he got the political credit for it.

That taught him a lesson and one that many a politician should never forget. Another Massachusetts’ politician Tip O’Neil said it best: “all politics is local”.

The Prime Minister Perry Christie got out in front of this hurricane thing and started working to make sure the population knew it was dangerous and to get the hell to higher ground. This was going to be the first direct hit on New Providence in many a decade. People took it seriously and filled up the shelters. Some people did not and 400 or so had to be rescued in bad weather by the police. They put others’ lives at risk for failing to heed the warnings.

The storm came with a vengeance on 6 October. It ravaged New Providence. It flattened North Andros. It hobbled Grand Bahama that was already in the process of dying on the vine.

Today is Sunday 9 October. The government wants people to go and pray for the nation and its salvation from the weather and the salvation in the future. That is good. However, cialis sales what is also needed is a concerted effort to get the country going again.

One of the observations about The Bahamas and its public officials is a propensity to meet too often and chat and not execute. Another observation is that there is too much sentimentality about all this stuff when this is simply about getting the job done.

One of the best decisions we think has been made is to appoint Shane Gibson, the Czar for Hurricane relief so that we can get the job done.

The power is still off in New Providence where we remind you that the majority of the people live. Those peopleare getting hot and miserable. Doesn’t matter that their lives were saved last week, the question is today:when the hell is the power going to get back on? No long talk or explanations. Do what you need to do to get the damn power on.

The next one is the cable. The cable failed in the middle of the storm. Get the cable back on. No long talk. Just get it the hell back on.

The roads need to be cleared. No long talk. Just clear the damn roads and get them clear.

That is just the short list.
Already people are talking about fixing their houses where roofs got damaged. What is the Government going to do?

You would be forgiven for not thinking that this is a beggar society. Your roof is the now the government’s problem. But such is life in The Bahamas. What will the government do? Should have anticipated this and had a plan ready to be announced.

Food is spoiling in people’s refrigerators so time is ticking on BPL. It is critical, politically critical that this gets fixed today.

Anyway let’s not be spoil sports. We think the point’s made. Let’s get the country back to work and producing. Without tax revenue and commerce, aint gonna be no money to do nothing. So shed tears next week but right now get to work.