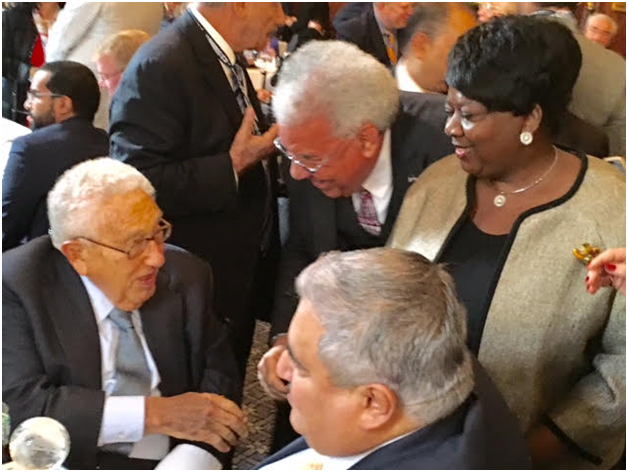 The Caricom Statement On Social Development At The UN 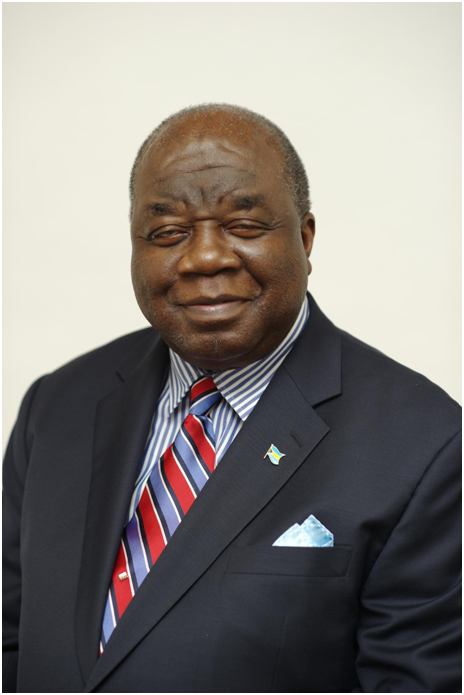 UNITED NATIONS, New York — His Excellency Dr. Elliston Rahming, Ambassador and Permanent Representative of The Bahamas to the United Nations and the Organization of American States (OAS), delivered a statement on “Social Development” on behalf of the Group of Caribbean Community (CARICOM) Member States of the United Nations on Tuesday, October 4, 2016, during the United Nations Third Committee General Discussion on social development. Following is the full text of Ambassador Rahming’s remarks:

Madame Chair,
I have the honour to speak on behalf of the fourteen Member States of the Caribbean Community (CARICOM).

The CARICOM Group congratulates you and the members of the Bureau on your election to preside over the work of this important Committee during the 71st session.

We anticipate that your able leadership will facilitate us as we work together to address a range of social development issues that are of significance to our respective countries. CARICOM extends its cooperation and support for the period ahead.

Madame Chair,
Just last month, during the High Level week of this session, we commemorated the first anniversary of the adoption of the aspirational plan of action, ‘transforming our world: 2030 Agenda for Sustainable Development (Agenda 2030) ’.

Global in scope, eliminating human deprivations and disparities in human progress, is at the heart of Agenda 2030. It recognises that development is a comprehensive process involving sustainable improvement of the well-being of all individuals and peoples; that development should aim for the realisation of human rights and for the greatest possible freedom and dignities of every human being.

The Caribbean Community has been and continues to be a strong proponent of these and other important instruments that recognise that every person should have the opportunity to grow, develop their own skills and contribute to their families and communities in a meaningfully way; that healthy, well-educated and trained persons are better equipped to meet their basic needs and to be successful. In fact, if social development is about improving the well-being of every individual so that they can reach their full potential, this means investing in people.

The Caribbean Community Secretariat, particularly through its Human Development programme, has been working with Member States, Community Institutions, regional and international partners and community organisations to create and carry out initiatives that facilitate its constituents to fulfil their potential. These major areas of intervention include youth development, investing in education and mainstreaming the Community’s disabilities agenda. 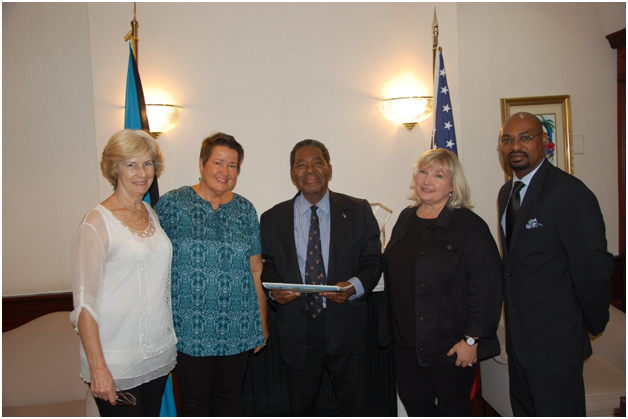 WASHINGTON, D.C. — Mrs. Astrid Pinder, co-owner of Fine Ocean Jewellery in Nassau, and Ms. Amanda Diedrick, a Bahamian in the diaspora with deep roots in Green Turtle Cay, Abaco, paid a courtesy call on His Excellency Dr. Eugene Newry, Bahamas Ambassador to the United States, on Thursday, October 6, 2016 at the Embassy of The Bahamas, 2220 Massachusetts Avenue, N.W.

Mrs. Pinder owns her jewellery-making business along with her husband Ellison Pinder, who hand carves conch and whelk shells for her to make rings, bracelets, pendants and earrings, using a copy written style of wire wrapping. She also makes some pieces using sea glass found on the beaches of her husband’s native Long Island.

Mrs. Pinder, who is from Arlington, Virginia, and is currently visiting her mother, also is involved with two major groups of artisans in Nassau: Authentically Bahamian, run by the Ministry of Tourism, and Creative Nassau, run by Pam Burnside and affiliated with UNESCO. Both groups display the work of some of the best artists and artisans in The Bahamas on some weekdays and weekends in Pompey Square in downtown Nassau, featuring crafts ranging from straw work to shell craft, acrylic paintings and even Androsia outfits for dogs!

Mrs. Pinder is a close friend of Mrs. Elisabeth Ann Brown, a professional photographer who was one of the artisans whose work was displayed in Pompey Square before she relocated to Washington, D.C., following her wedding to Mr. Oswald T. Brown, Press, Cultural Affairs and Information Manager at The Bahamas Embassy

Mrs. Brown is also a friend of Ms. Diedrick and she accompanied them on their visit to the Embassy.

A writer by profession, Ms. Diedrick was born and raised in Nassau, before moving to Vancouver, British Columbia., where she worked in public relations and corporate communications for more than 20 years. In 2006, she moved with her husband, Tom Walters, to California, where he serves as Los Angeles Bureau Chief for Canada’s CTV Television Network.

In 2012, Amanda and Tom purchased the tiny cottage on Green Turtle Cay that her great-grandparents, Herman and May Curry, built after the 1932 hurricane destroyed their grand home. In researching the history of the house, Amanda says became fascinated by the little-known aspects of Green Turtle Cay’s history. She began documenting the restoration of her ancestral home and her research about Green Turtle Cay’s history on a weblog, Little House by the Ferry, and most recently, in a coffee-table book, entitled “Those Who Stayed: The Tale of the Hardy Few Who Built Green Turtle Cay,” which will be released later this month. 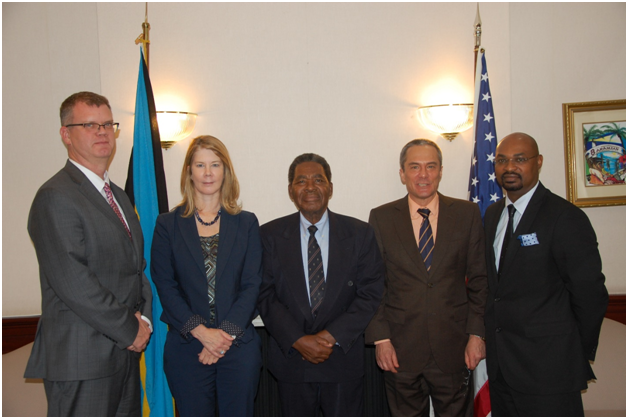 The meeting served as an introduction between the parties and an opportunity to continue dialogue on areas of mutual interest to The Bahamas and the United States of America, including recovery efforts for Hurricane Matthew, consular matters relative to visa denials, corresponding banking and derisking, access to U.S. markets/trade and economic development, capacity building and technical cooperation, reconceptualization of indicators for development and development need, and security-related matters. 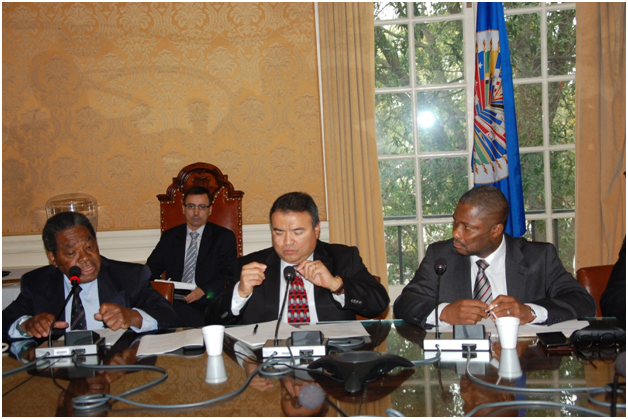 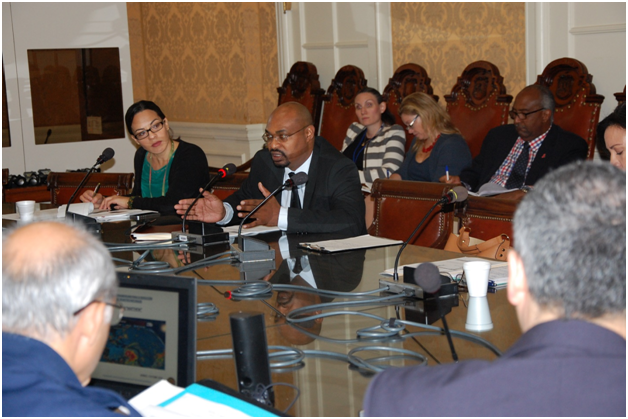 WASHINGTON, D.C. — As Hurricane Matthew continued its destructive rampage along Florida’s Atlantic Coast, after inflicting tremendous damage in The Bahamas throughout Thursday and Friday morning, the Organization of American States (OAS) Inter-American Emergency Aid Committee convened a second meeting at the OAS on Friday, October 7, 2016,  to address the situation in the affected nations of the Caribbean. Representatives of Member States affected by Hurricane Matthew, including The Bahamas, the Dominican Republic and Haiti, were invited to the meeting that was also attended by representatives of the OAS, PAHO/WHO, Inter-American Defense Board (IADB) and the Pan American Development Fund.  In photo number one, His Excellency Dr. Eugene Newry (left), Bahamas Ambassador to the United States, is picture addressing the meeting. Also pictured are OAS Assistant Secretary General Nestor Mendez (centre) and His Excellency Harvel Jean Baptiste, Haiti’s Ambassador and Permanent Representative to the OAS. In photo number two, Mr. Chet Neymour, Deputy Chief of Mission at The Bahamas Embassy, addresses the meeting.