MINNIS EMBARRASSES THE BAHAMAS ON HIS CARICOM TRIP 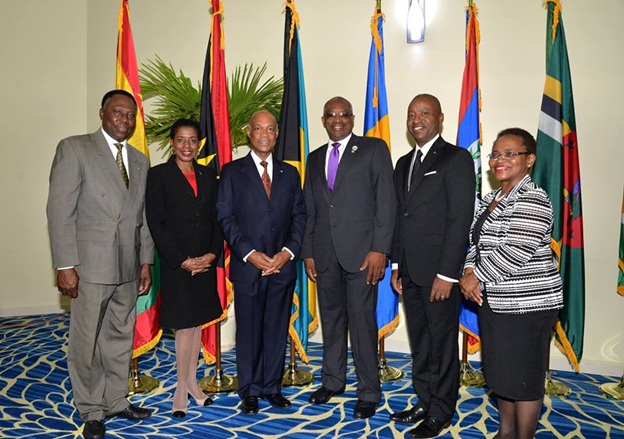 38th Regular Meeting of the Conference of the Heads of Government of CARICOM, Grenada

The official speech at his maiden outing at the Caricom Heads of Government meeting did not say it but the country was exercised because these people who now represent us went down to Caricom in Grenada to tell the world that The Bahamas is corrupt.   That he Hubert Minnis, our new Head of Government, is going to pass anti-corruption legislation to root out the corruption of the last Government.  The response in Nassau was: really?  Are you going to go after the Hubert Ingraham Cabinet that reversed the decision of the Bahamas Electricity Corporation to buy a piece of equipment and then it turns out that one of the Board members Fred Ramsay got $300,000 for the job.   Really?

Hubert Minnis is a national embarrassment.  The Prime Minister and his ministers come off like a scrap gang that have not the faintest idea what the hell they are doing.  In fact let’s step back for a bit and revisit the whole idea of them going down there to travel to Grenada for this conference.

Remember their hapless Minister of Foreign Affairs Daren Henfield.  He was the one who apologised to the nation because he would be travelling and said in fact he would not travel unless it was absolutely necessary.  Well since he became minister eight weeks ago, he has been to Washington DC, Cancun, Mexico and now Georgetown, Grenada.  Not bad for eight weeks in office.

He went this time with the Prime Minister Hubert Minnis who listed a delegation of seven but it was really more than seven because it seems like he took his personal assistant Katherine Stewart with him.  He took his police aide or aides with him and he took a photographer or so it seems. By our count that’s ten people.

We have no issue if the Prime Minister takes fifty people.  No problem.  What it exposes though is the hypocrisy of it all.  They are doing the same thing that any Foreign Service team does.  The Bahamas has to be present at meetings and the Prime Minister cannot go swinging his hands and carrying his own baggage.  The idea is stupid and silly. But that’s the FNM’s argument about foreign affairs travel up to now: stupid and silly.

Meanwhile, there was a fascinating picture that we publish today of the new Caricom Ambassador Reuben Rahming sitting at an unofficial meeting with the Foreign Minister of Australia Julie Bishop and he has his hat on the table.  Bad manners, bad form.  Embarrassing again.  But you know these things don’t matter in today’s Bahamas.

As for the Foreign Minister, well he started it all off right by walking into the room, wowed it seems by the crowd there gathered and said that the people there gathered could be his mentors.  Jeez.  This is a room where everyone is an equal. Well good luck to him and best to all of us with these rank amateurs at work.

The Bahamas has been dumbed down by the FNM’s victory.  It is a great pity but that is the way things are.  The PLP has a harder job than it thinks to convince this electorate that settles for so little that citizenship means something, that this country is something that we must build and be proud of.

We have a Prime Minister who can’t pronounce the word “debris” (da-bree) but instead said “da brise” and thinks nothing about it.  Just skips over it.  That is who we have as our face to the world.

Look what you can get when you’re tired of what a gat.