MINNIS NOR THE FNM READY FOR THE BIG LEAGUES 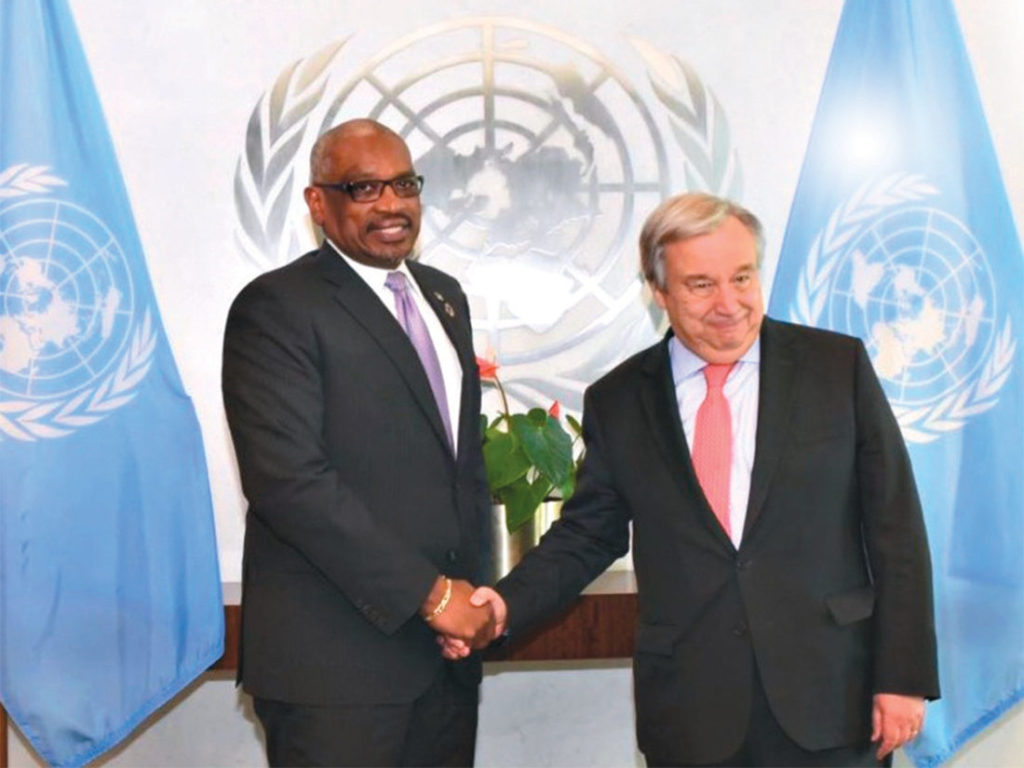 The people of The Bahamas are entitled to ask whether or not Hubert Minnis, the now Prime Minister, is ready for the big leagues.  He seems to be just having a good time flying all about, talking this thing and the next and has no clue as to what exactly he is talking about. He seems to allow his speech writers to put the most silly things in his mouth, which simply end up embarrassing this country.

You just have to think back to his very first foray overseas when he told the people of Caricom that The Bahamas was a corrupt country.  He did this in the face of the facts which said just the opposite.  The Transparency International group said they did not know where the Prime Minister got his facts from but The Bahamas on their list was the least corrupt country in the Caricom region.

Last week, tongues were wagging again when he went to the United Nations this time to say how we had failed in some of the key indicators of the Sustainable Development Goals.  These are the goals to which the country committed itself to attain the year 2030.

One supposes confession must be good for the soul but it is simply ill advised, we may as well say it, stupid to call your own product bad.  This is not the forum for it.  When we go to the world we ought to put our best face forward.  The speech is meant to show the world what we have actually done.  What we have done in the area of sustain ale development is actually quite significant.  So that is what the Prime Minister ought to be saying.  Instead he gives the impression of a poor helpless country that can’t seem to get it right.

We are not surprised however.  He never knows what to say and when to say it.

Embarrassing all around for someone in high office.

HAS THE FNM THROWN IN THE TOWEL?

RODNEY MONCUR WITH U S CHARGE ON VACCINATIONS

PLPS TURN OUT TO MARK THEIR X FOR BRAVE

WHAT IS THE STORY ON THE POLICE PROMOTIONS

THE CHAOS OF THE ADVANCED POLL

OUR TAKE ON AFGHANISTAN ON THE 9/11 ANNIVERSARY

HAS THE FNM THROWN IN THE TOWEL?