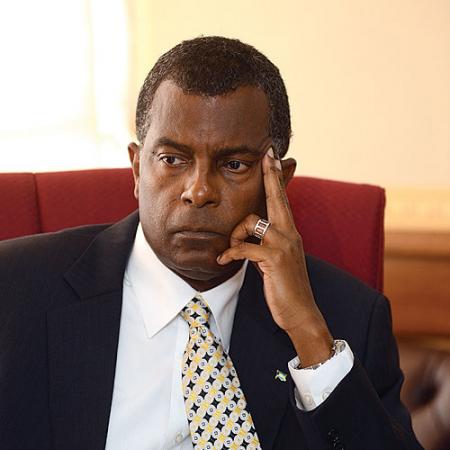 House Speaker Dr. Kendal Major refused to submit the case put below by Fox Hill MP Fred Mitchell to the Committee on Privileges on 17th March. Here is what Mr. Mitchell said in Parliament:

I approached you last evening with regard to a more general concern I have about the swirl of claims and counter claims in this House and in the wider public domain about some time residents in The Bahamas Louis Bacon and Peter Nygard.

I said last evening Mr. Speaker that several documents have come into my possession including a review of the deposit records of Callenders and Co with regard to payouts and pay ins to support the work of Fred Smith Q C and the Save The Bays group.

This group purports to be an environmental group. But the evidence is that so far they are the same cast of characters that make up the Grand Bahama Human Rights Association, the Coalition for Clifton, the litigants in this most recent action in the courts based on the untested affidavits of two men from Bain Town, and at least two prominent members of the Free National Movement.

I thought it was curious when the statement was issued in connection with this matter came from the Leader of the Opposition that he in the end of his statement explained the actions of Michael Pintard, the Chairman of the FNM and his connection to Save The Bays.

In fact Mr. Speaker, I think that this matter rises to breach or a prima facie breach of privilege, that of free speech because what I have seen appears to be an attempt by a wealthy non- national to suborn the peace and good order of The Bahamas and my voice amongst others as a Parliamentarian.

I have researched this question, and while there is some question about whether the common law jurisdiction for contempt of Parliament still exists in this country, it appears to me that whatever I have I should provide it to the Committee on Privileges for their examination as the matter affects the privilege of free speech. That Committee has the power to send for documents and to summon witnesses and seek to get to who is in fact behind Save The Bays.

What I have seen suggests that there is an organization called the Moore Charitable Trust, Moore happens to be the maiden name of the mother of Louis Bacon. That trust I am advised and verily believe funds Water Keepers International which in turn funds Water Keepers Bahamas which in turn funds Save The Bays and the money is controlled it appears through Fred Smith Q C through the firm Callenders and Co and then disbursed by an accounting firm by cheque.

One of the men receives 90,000 dollars a year I am advised. Another artist receives $150,000 per year I am advised. The question is: why are these large sums of money being paid and for what and is the purpose really to Save The Bays or the pursuit of a personal vendetta?

The Member for Tall Pines also shared some knowledge on this matter.

It is said that another one of the guises which this effort appears in is something called Justice for Marathon which may have been funded by Save The Bays.

Justice for Marathon was an organization that was involved in the campaign against Jerome Fitzgerald in connection with the Rubis oil spill in his constituency. The candidate of the FNM is Romi Ferreira and he is connected to Justice for Marathon.

The train of e mails I have seen suggests that Fred Smith works closely with a number of people including these two individuals, one of whom is an FNM candidate Romi Ferreira and the other is the Chairman of the FNM Michael Pintard.

In today’s newspaper, Michael Pintard admits to the work and indicates that he will not be made a scapegoat.

It seems to me that if the various MPs of the FNM say let the chips fall where they may, there must be a mechanism where Parliament can discover who is behind this, introducing these untested affidavits which are filed in an action in the courts by the same people connected with Save The Bays and affidavits which appear solely for the purpose of smearing by association the public figures in this House.

I wish to provide the e mails that I have.

I wish also to say that from what I have seen some 8.25 million dollars have been sent through the mechanisms that I have described from 2013 to the end of 2015. This is an enormous sum of money and what has recently caused alarm is that I am advised that it is proposed to double the sums.

The question the Parliament must ask is whether or not this is a genuine environmental organization or an effort to subvert the members of this House and our democracy?

I wish now to lay over the e mails that I have described. And I ask the Speaker to refer these matters to the Committee on Privileges of The House.

It seems to me that the Committee would be entitled to understand whether any money laundering has been involved, any criminal behavior, political sabotage and sedition and who is connected to it. The Committee should follow the money trail and see who the beneficiaries of this largesse are and the progenitor or progenitors.

Those in particular who have filed this recent action in the courts should be called upon to answer truthfully all questions.

I say no more on that at this point.