Mitchell Responds To FNM On Travel 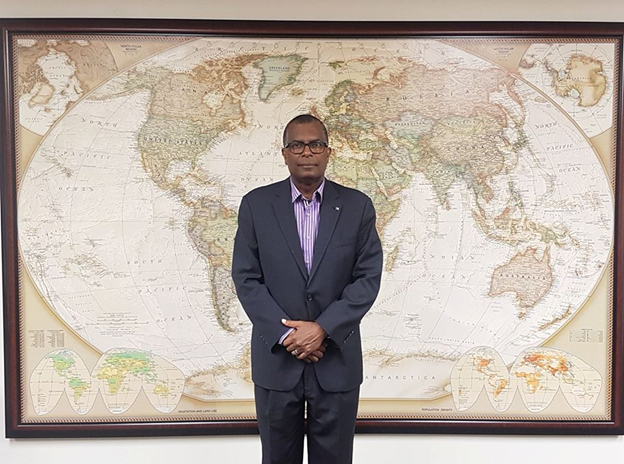 Hard on the heels of my observations by video note (Facebook 32,689 views) about the Prime Minister taking a trip on a private jet to Dominica with two Government ministers and civic leaders and his aides, with no accountability as to whose plane it was and who paid for it, the Prime Minister’s press secretary has indicated that the travel expenses of the PLP are now to be investigated.

The Minnis Government has continued with their hypocrisy.

They came to office saying that they would cut back on foreign travel. That nonsense started with the Foreign Minister whose job it is to travel. He quickly forgot that of course once reality struck him about the nature of the job and has been travelling up and down all over the place. Before Dominica, he spent 7 days at the United Nations in New York.

Yesterday, four ministers were pictured sitting around a table on the Charles River at the Massachusetts Institute of Technology (MIT). One hopes they learned not to be hypocrites when they were there in the ivy leagues. Did they justify that expense and that of so many of them being out of town? Remember while Transport, Public Service, Finance, the Attorney General were in Boston, the PM, his Foreign Minister and Immigration Minister were in Dominica, a trip that could well have been done by the Foreign Minister alone, with the civic leaders and the Minister’s officials. So stripped of political personnel were they that this left the poor Minister of Education to act as Prime Minister.

Travel is not an issue per se. It is necessary to do so in an island nation for official reasons, all across the globe. Monday morning quarter backing is not the PLP’s style. What is reprehensible is the hypocrisy of the FNM on this matter.

This government is hopeless and certainly clueless. Wasting money investigating past government decisions, all properly approved by the Cabinet is not a good idea.

Unemployment is rising, added to by the firing of people instead of hiring. The FNM administration is contracting the economy day by day, bad talking it. Grand Bahama has been abandoned by them even though they have the five seats. Even Frederick McAlpine MP FNM had to remind them to whom they owe their first duty. Criminals rule the day and the night in New Providence. The man in the dark shades who is our Minister of National Security said he had the answers. It turns out it was all a bluff. He has none.

So now the FNM shock troops are to investigate whether a Minister of the PLP paid five dollars for a Coca Cola or ten dollars for a hamburger. That the Minister ought to have eaten at Wendy’s instead of at the hotel where the Government put the Minister to stay. The Bahamian people will be very interested to know that all trips were approved. Ministers don’t get involved in pricing their own trips and their expenses. Public officials are responsible for accounting for expenditure. Some former Ministers are owed monies by the Bahamas Government for expenditure out of pocket on behalf of the Government.

The public would also be interested to know that many in the PLP including this Senator suspect that the FNM has been purging the files of the Cabinet Conclusions and the Cabinet records to fit the narratives that they are now spinning and intend to spin. Too many times, they answer critics by saying they cannot find it in the files.

Oh Lord continue to protect us from these FNM hypocrites.