MITCHELL TELLS THE NO PASTORS THEY NEED CHRIST 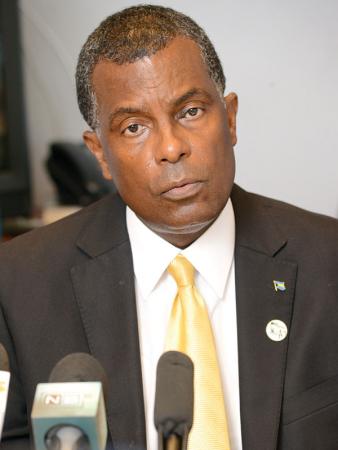 viagra generic times;”>At a press conference on Wednesday 2nd June, Fred Mitchell MP encouraged all his constituents to vote yes in the referendum.  He was asked questions and he elaborated telling the nation that the no pastors needed to take Christ as their personal saviors for deceiving the public. Here is what he said in his own words:

“This is a simple matter.

“The government is proposing with agreement of the (Official) Opposition to make men and women equal before the law. If this passes, whatever men have in the Constitution today, women will have and vice versa. That is all this is about.

“… What I find is, that these folk who are opposing, these preachers who are opposing cannot, would not dare get up and say in public that they don’t agree with equality for women because they know . . . the church runs off (of) women.

“So no preacher is going to get up and say, ‘I don’t agree with equality for women’ because they know (there is) no church unless women are there. So they have come up with this smokescreen and nonsense about hidden agendas and all this other stuff…

“I say to this group of pastors, they should prescribe to the biblical commandment: “Thou shall not bear false witness.

“… They need to learn that commandment. They need to take Christ as their own personal saviour and ask for forgiveness for running this deceptive campaign. It’s a sin. Because this is simply about equality for women and men; nothing more, nothing less.

“And this is a very simple thing. There are 15,000 odd more women on the rolls than men. Women outnumber men on the electoral rolls, so women are the main beneficiaries of this. Women run everything in this country; this is the last frontier, legal equality. And so, women will have to decide on Tuesday, do they want what men have.