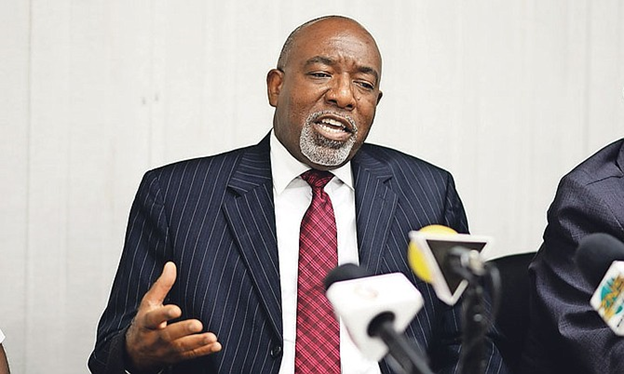 On The Transition At The Department Of The Immigration

I took note of a letter which he wrote to the Department and the graciousness with which he commended the Department in which he spent his young years to his successor Superintendent Clarence Russell.

I wish Mr. Pratt well in his newest endeavours.

At the same time, I wish to welcome the appointment of Clarence Russell as head of the Department. He was chosen during my tenure to succeed at the Passport Office and during that time worked with the Department of Immigration in implementing the border management system which began with the new passport implementation. I thought that he did a creditable job there and that there is no reason to believe that he will do otherwise than a creditable job at the Department of Immigration. The PLP will do all it can to support a strict but fair immigration policy.

Immigration was one of the most challenging and unexpected jobs that I have had to execute. It is a thankless task in a country that says it wants to resolve the issues of illegal immigration but is largely faint of heart at both the political level and at the level of the ordinary citizen. The Immigration Officers feel that thanklessness.

It is in this connection that I am very concerned about the manner of the transition from Mr. Pratt. Compare and contrast what was done for the Commissioner of Police who knew where he was going and was treated to a public ceremony of handover and thanks from the Government. There has been no such treatment of Mr. Pratt. Instead the Prime Minister has damned him with faint praise.

In doing so the Prime Minister cast aspersions on Mr. Pratt and his tenure. At the same time, he put unrealistic expectations on Mr. Russell.

One example of the thankless task during my time is the fact that the Department often could not obtain what they needed to do its job, at the same time as the country was demanding more. For example there was no transportation in the major islands including New Providence for officers and their detainees, no boats to conduct interdiction exercises, half-hearted support from other agencies, attacks from loony toon so called human rights activists, played up by the press who simply saw no distinction between the quest for a good story and the need to report faithfully on legitimate law enforcement efforts.

In Abaco for example, the Department had to rely for surveillance and interdiction on the goodwill of private citizens to move them around on land and sea.

Payment of overtime, purchases of weapons, the list is endless of defaults because of lack of money.

Given all of the competing demands for money, the resources were simply not there. Immigration services provide some 50 million dollars in revenue to The Bahamas annually and so that should not be. There was scope for more revenue but every time we tried to press the issue by raising fees for those who wish to live in The Bahamas, some selfish folk in our community went howling in protest. Of course with their new Government and the same or similar raises coming, they are silent as lambs.

So as we say farewell to Mr. Pratt, I do not want the country and this government to put unrealistic expectations on Mr. Russell. Unless he gets the money and support, he cannot do the job which is demanded. He and the Minister will have to work closely together.

We wish Mr. Russell well. The PLP will lend its support when the right things are done in immigration and that for us means following the blue print which was established on 1 November 2014. Mr. Russell is very much aware of the work that was done and his Minister would do well to follow suit.