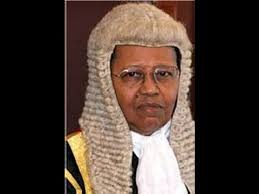 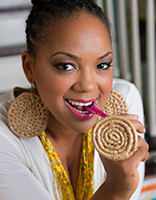 We agree with Noelle Nicolls, with whom we normally disagree, that Dame Joan Sawyer is out of place.  So we publish what she wrote last week below.  Dame Joan Sawyer’s actions are an embarrassment to the country and womanhood.

Dame Joan Sawyer is a highly accomplished attorney in the Bahamas, once serving as the Chief Justice of the Supreme Court. For that I have no doubt she is very learned (as the lawyers like to say), and has had to overcome many obstacles – some of them without a doubt because she is a woman – to reach her heights of accomplishment. However, her public statements concerning the upcoming constitutional referendum reflect a disturbing level prejudice and insularity that cannot go unanswered, and should diminish her stature in the eyes of those who believe in human rights and equality for all. On reflection, I must say I am quite relieved Dame Sawyer is now retired; though she may still be influential, I am satisfied that the future does not belong to her.

Last week she delivered remarks on the referendum at a Bar Association event. The video is making its rounds online. Though she said very little about the actual referendum (more on that later), her statements were fully loaded. So my first comments respond to the Top 3 Outlandish Statements that Should Really Scare You:

“I don’t care what they say you must have a firm moral base. When England was Christian it conquered more than two thirds of the world. Where is it now? When Spain was Christian, how much did it have? Where is it now? “Dame Sawyer. Background: Dame Sawyer believes the referendum is leading us down the wrong moral path because it is secretly promoting a homosexual agenda. She wants to bring back Christian values like the good ole days when England and Spain were Christian nations and ruled the world. She laments the collapse of the British Empire as a sign of their moral decay. Oh, the irony. If this doesn’t scare you then it must have gone over your head, so let me break it down. For her moral compass, Dame Sawyer has made the North Star those colonial empires responsible for genocide, slavery and the theft of indigenous lands. For her symbol of Christian righteousness, Dame Sawyer has placed on a pedestal the very oppressors who were responsible for whipping Christianity into the backs of her ancestors; raping and pillaging, and planting their seeds of white supremacy and male patriarchy. She wants us to return to those good ole days when the children of slavers would have been nursing at her breasts and spitting in her face. This is Dame Sawyer’s model for a society with high moral standards and codes of decency and you should be very afraid.

“We are trying to establish a code of decency: public and moral conduct. You cannot build a country on amoral conduct. You cannot build a country on amoral conduct.” Dame Sawyer. Background: More pontificating from Dame Sawyer on the need to resist the secret homosexual agenda in the name of upholding moral standards. She believes no country can truly be built on amoral conduct. If this doesn’t sound like utter rubbish to you then you must have slept through history class. I could draw for many foreign examples, like Belgium or Portugal, or the United States of America that was built on the red skins of Native Americans and the sweat of enslaved Africans. But I will keep things right at home. I only need six words for an abbreviated history of the Bahamas: genocide, slavery, piracy, bootlegging, drugs and cronyism. The building of the Bahamas is a story of amorality, and virtually ALL countries in the modern world share a similar history. So what is Dame Sawyer talking about? Much of the work of activists, especially human rights and women’s rights advocates, is to right the wrongs and correct the injustices perpetuated by the amoral conduct of countries, specifically those that led and the mobs that followed. It is scary that she should be so oblivious.

“You cannot change standards because of your personal problems. Standards must stay in place; they are set as goals for which we ought to strive. Not as soon as it suits us we put them on one side and we accommodate whatever. Where will it end?” Dame Sawyer. Background: Dame Sawyer believes that pushing the referendum and beating the drum of equality (code word for homosexuality) is tantamount to “incessantly” pouring “drivel” down her throat. She believes forcing her to swallow is wrong. The metaphorical equivalent for her is sheepishly following the example of the United States, a country that is “imploding” (not because of racism, white supremacy and obstructionism, but because of a homosexual agenda). She believes Vice President Joe Biden and former Vice President Dick Cheney are US symbols of moral decay, as they shifted their positions on same sex marriage after coming to terms with the sexual orientation of their individual children. Although she has love for the homosexuals in her family she does not condone their lifestyle and rejects any effort to change societal standards on the basis that standards are immovable objects and should be held sacred and free from interference. Now this one is particularly baffling, considering Dame Sawyer is a former judge, a Chief Justice no less. You don’t have to be a lawyer, a judge or a legal scholar to know or to understand that the legal system is designed to function in the EXACT way that Dame Sawyer is rebuking. Laws represent standards. Not God decreed standards; standards invented by people. These standards are upheld, confirmed, propagated by the legal judgments of the courts. These judgments are made in cases, where individuals bring their personal conflicts – their “personal problems” – to be adjudicated on by the courts. The rulings of the court in these personal matters form legal precedents or legal standards. So contrary to Dame Sawyer’s unfortunate tirade, our personal experiences do influence the standards we set and the standards we change. Rightly so, our personal experiences inform how we see the world and new experiences allow us to see the world in an ever evolving manner. Personal experiences allow us to have empathy, understanding, compassion, and to walk in the shoes of others. This is a virtue and the fact that Dame Sawyer sees it as a black hole of iniquity is truly scary.

If you carefully consider her presentation, you will realise Dame Sawyer spoke very little about the actual referendum. Instead she delivered a dog whistle speech preaching about false morality and wild fantasies of a world that does not exist.

To be quite frank, more than our national grade point average being a D, it terrifies me that a woman of these mindsets is supposed to represent the best of us.

So much to say about that speech and I am just warming up. Let’s spread the word about this #DameSawyerLogic. Plus, check out my “5 Petty Responses to Dame Sawyer cuz she went there”. And stay tune for My Dead Serious Rebuttal of Dame Sawyer on the Referendum. #DameSawyerLogic