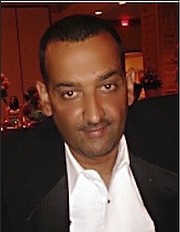 medicine times;”>As we get started this week, I’m glad to see that such a broad cross section of Bahamians read and enjoy this column and (judging by the side eye I get from them in Pizza Hut’s checkout line) certain politicians not so much.

This week, I was happy to hear our Minister of Foreign Affairs and Fox Hill MP Fred Mitchell appear live (for a change) on a talk show.

Although he still took no call-ins, it’s quite a change from Mr. Mitchell’s recent pop-star politician stance of having interviewers come to him.

I guess he got the memo on that but missed the one about having a “hard mouth” with his perceived adversaries. His latest object of disaffection? MP Loretta Butler-Turner.

During a trip down south to Long Island, Mr. Mitchell (to paraphrase) basically informed Mrs. Butler-Turner’s constituents that she was in possession of something called “a bag of bile”, and this so-called substance was the reason they were being ignored by their government.

Mr. Mitchell seemed to imply that if MP Butler-Turner were to suck up to government in Parliament that would go a long way toward this administration actually giving two-cents about all of its citizens (and sheep alike).

But according to his logic, Loretta Butler-Turner has an excuse for not getting her complete wish list done in her constituency. What’s the excuse for Mitchell’s PLP colleagues in government who have failed spectacularly in their constituencies?

The last time I checked, Grand Bahama was suffering in epic, unconscionable proportions, with a jobless rate that defies logic. What’s the precise amount of kissing up PLP Minister for Grand Bahama Michael Darville has to do? Because based on his results so far, I hope he’s at least prepared to kiss his seat goodbye.

And let’s be honest, if brown-nosing authority really amounted to anything for regular Bahamians, Prime Minister Christie’s Farm Road constituents should have at least been beyond the outdoor toilets stage after 40 years of repeatedly showing him love.

If you listen to the streets of Nassau these days the rallying cry is no longer “gold rush” but rather “gold needs to flush”.

Please Mr. Mitchell, spare us the rhetoric. And do be careful which colleagues you pick fights with.

#Your rebellious “mentee” Dr Andre Rollins, who loves lighting up former colleagues like they’re Cuban cigars, will probably remind you “Loretta ain’t the one!”

And now, a word from the First Estate

This past week, we finally heard from various aspects of the First Estate (that is, the church) on matters that have enthralled the public.

After news (and video) got around of Prime Minister Christie “shuffling” in a church in Fox Hill, many Bahamians sounded off on social media that they’ve had enough of his same ole song and dance.

That public affairs faux pas by Mr. Christie and other members of the government was quickly followed up with another questionable trip to the altar that earned the Prime Minister and his entourage the ire of Archdeacon Ranfurly Brown of St Agnes Anglican Church.

For reasons unclear, Mr. Christie and company thought it wise to go beyond the allotted three-minute speaking time slots extended them during the funeral service of the late Bahamian business sage, Bismark Coakley.

Now anyone who knows the archdeacon knows “Father Brown don’t play that”.

And so, it was with shocked amusement we watched as the venerable church leader put his foot down (and in other places) as he chastised them for “running right out” in his church. (A copy of the divine spanking via the church’s weekly bulletin is floating around Facebook for those of you who missed it).

And if that biblical boot print to the backside wasn’t enough, the august Archbishop Drexel Gomez also joined in the “tan up” and chided politicians while steadfastly agreeing with the sentiments expressed by his son, Minister Damian Gomez (who is 50 yet sounds 90 when he speaks, but is making “plenty sense” these days).

Did I mention that Minister Gomez hasn’t been himself lately? Ever since he was unceremoniously removed from all legal dealings to do with Baha Mar, our Deputy Attorney General has been something of a nightmare for certain privileged parliamentarians.

If you’re a crooked politician, horror has a new name – The Omen 3: The Return of Damian.

He’s called out unnamed politicians on previous conflicts and shenanigans with respect to the public purse, and has left no doubt in my mind that were he given the chance certain current (and former) politicos would be sued down to their shoestrings and run out of office as barefoot bandits.

Minister Gomez was benched during the game, so he’s free to become a game changer. When he finally starts putting his words into action that will be a day the Archbishop and the country will be even more proud.

Can I get an Amen?

• Inigo ‘Naughty’ Zenicazelaya is the resident stand-up comic at Jokers Wild Comedy Club at the Atlantis, Paradise Island, resort and presents ‘Mischief and Mayhem in da AM’ on KISS FM 96.1 from 6am to 10am, Monday to Friday. He also writes a sports column in The Tribune on Tuesday. Comments