PIERRE DUPUCH’S LETTER TO THE EDITOR 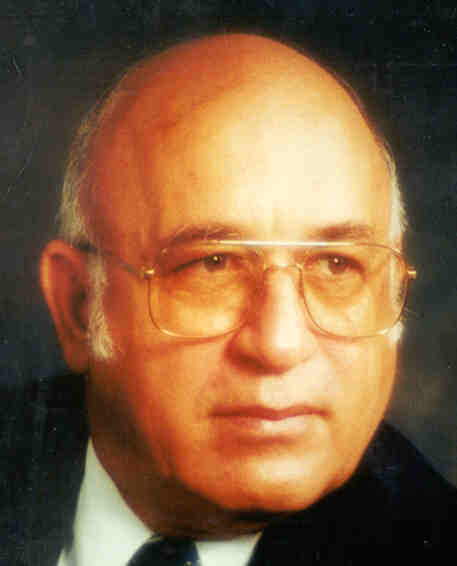 I was virtually born in politics. My first memory as a little boy, less than two digits old, was when my father took me to watch and listen to a session of the House of Assembly. In those days the sessions were held at night and the members wore formal attire.

I remember Alvin Braynen (later Sir Alvin) who always spoke with one foot on his chair, and Stafford Sands (later Sir Stafford) who had a special chair made bigger than the rest to accommodate his large frame. But the member I was most impressed with, and who left his presentation engraved in my brain, was Mr. Reginald Farrington who was condemning his friend and colleague for having brought a bill to the House that introduced duties to protect his business. Although Mr. Farrington agreed with the principle, he soundly condemned his friend and colleague for gross conflict of interest.

Yes, in those days you had men of principle in the House of Assembly! This was before the advent of political parties that now make you tow the party line or be called a traitor. There was always somebody who put country and principle before self, party and greed.

So let us fast forward to the Christmas of 1955. Those of the Dupuch clan who were away at school were home for Christmas holidays. My father gathered all six of us around the kitchen table (which I still have) and told us that the Tribune had been started in 1903 by his father to champion the cause of the little man/woman in The Bahamas who were being discriminated against.

It was now time to bring it to a head and avoid bloodshed. He told us it was going to be hard and that the Bay Street Boys would try to destroy us. He told us that the cause was good, urgent, and Christian. He told us that as a family we would have to make sacrifices, and that he may not be able to keep us abroad in school.

He explained to us that he was going to bring an Anti-Discrimination Bill to the House of Assembly that would free all people from discrimination in The Bahamas.

He looked at us and in unison and without hesitation we said: “Go to it, Pop.”

And so, on January 23, 1956 the ‘ol man brought to the House of Assembly the Anti-Discrimination Bill. It was defeated. However, within 24-hours all the leading establishments in The Bahamas opened their doors to all. Sir Etienne had ended racial discrimination in The Bahamas. The battle had been won, without one drop of blood.

But the struggle was not over. As suspected, the Bay Street Boys tried to destroy The Tribune. My allowance was $1.00 a week. With it I bought one movie ticket, which was 70 cents, and three O’Henry chocolate bars. For my last six months in school my allowance was cut to 50 cents/week. This meant no more movies.

But it was worth it. For all of us the struggle was hard, but it was right, moral and just. Do we brag about it? No. Are we proud of it? Yes.

Our family opposed the PLP because they preached revenge, and hatred and said that “the white man’s blood would run knee deep on Bay Street.”

From then on I had to face the goon squads, the rocks and bottles and missed being killed at least three times. But it was worth it.

Because we opposed the PLP we were put on the “hit list,” and the younger generation were to be convinced that the Dupuchs’ were racists and the supreme haters of the black man.

To accomplish this they got a “pen” for hire, the kind of person where truth, morals or ethics don’t count, a person who could convince you that a truth was a lie and a lie the truth, a person who is a pervert, a liar and scum. Someone called, “The Graduate!”

And so the task was to destroy a number of family names in The Bahamas. Sir Etienne Dupuch, and his family, was one of them.

And they were successful. To this day I have young people telling me that they were led to believe that the Dupuch family is racist.

It would seem that some people rely heavily on the “pen for hire.” When Cecil Wallace Whitfield started the FNM, the “pen” was hired by some members of the FNM to destroy Cecil’s name and accused him of any number of things including murder. They did this because they couldn’t control him.

They seem to be at it again, trying to destroy Dr. Hubert Minnis and Tennyson Wells.

This time the “pen” signs off as “The Graduate” or some other ghost. A man who tries to destroy someone else and signs off as a ghost is less than a man. He’s ashamed of his own name! Or is it a man who is such a freak that he wants to always be on the winning side? After all, if you don’t know who he is, he can always say to the winning side: “The Graduate? It ain’t me.”

Shakespeare in his Julius Caesar wrote: “A coward dies one thousand times before his death but the valiant tastes death but once.”

When I write I sign and when I speak I identify myself. Love me or hate me, it’s me!

With all this in mind, and with one foot in the grave and the other on a banana peel, I plan on challenging “The Graduate” and those like him every step of the way and tell the public the facts.

It is time that somebody said: “enough is enough.”

To show how intellectually dishonest they are, I will go through just a few statements made by “The Graduate,” whoever he is.

In a letter to the editor published on May 9th, 2016, he (The Graduate) said that because Tennyson Wells recited the CV (Curriculum Vitae) of Dr. Minnis, he was “pandering.” How is this pandering? By reciting Dr. Minnis’ qualifications, Mr. Wells simply shows how Dr. Minnis has gone from rags to riches, how he struggled by selling newspapers to help get where he wanted to go. I thought that was a sign of a good man, a man who was prepared to sacrifice, work hard with integrity, and struggle to succeed. I like that. He is the kind of man who I would pick to run a business, or to be a CEO and leader of a large corporation.

And so by reciting Dr. Minnis’ CV, Mr. Wells was showing how Dr. Minnis is qualified to run this country. Maybe “The Graduate” feels small because he can’t stand next to Dr. Minnis because “The Graduate” has gotten to where he is by sucking not pushing.

In another paragraph “The Graduate” says that Tennyson Wells is a “card-carrying member of the past serving his own self-interest.” Oh yeah?

By saying this, “The Graduate” exposes himself for what he really is – an ungrateful parasite, a taker not a giver.

I wonder where “The Graduate” was when the Issacs family, who had been more than generous to the FNM, needed the space on Mackey Street and gave the FNM notice to leave.

I don’t know where “The Graduate” was but I do know where Mr. Tennyson Wells was.

Mr. Wells recognized a problem, jumped to the forefront to help and gave the FNM space in the Standard Plumbing building free-of-charge for five years. Mr. Wells also paid all the utility bills!

Come to think of it I do know where “The Graduate” was; he was right there as usual sucking, not pushing, a parasite. And he dares to call Tennyson Wells “a card carrying member of the past serving his own self-interest.”

If anyone wants to know what is wrong with the country today I can tell them: It’s because of people like “The Graduate” and his kind who don’t have the courage to stand up like men and identify themselves. They are hired pens, capable of lying, deceiving and hiding behind “ghost” names that set out to destroy people with integrity like Mr. Wells.

“The Graduate” goes on to say that “Minnis is the latest of a long list of politicians to whom Tennyson has pledged his unrequited love.” “The Graduate” says that “psychologists call this insecure attachment. We know it as currying favour or coloring one’s nose.” This is what “The Graduate” says about Mr. Wells.

I was always taught that loyalty was a good virtue, not brown nosing. Maybe the “The Graduate” was looking in a mirror and talking about himself.

“The Graduate” seems to object to the fact that Tennyson Wells was running against Cecil Wallace-Whitfield for the Leadership of the FNM. I remember this. I was there. I opposed Wells and supported Cecil. Cecil won. After it was all over, Cecil and Wells embraced and then moved on to build the Party. I don’t know what “The Graduate’s” psychologist would call this, but I’d call it Democracy at work.

“The Graduate” would say the same thing is happening today in the FNM. It’s not you know. Cecil and Wells ran against each other for the Leadership of the FNM. A vote was taken. Cecil won. They embraced each other and got together to build the party.

What is happening today is much different. Loretta Butler and Dr. Minnis competed for the Leadership of the FNM at a convention. Dr. Minnis won decisively. The Party elected Dr. Minnis as Leader of the FNM.

Rather than embracing and getting on with building the Party, some of the losers wanted another convention, and have agitated for one earlier than the Party’s Constitution calls for it.

Like dogs biting at Dr. Minnis’ shins while he tried to reach the goal, a small group of Parliamentarians, not the Convention or Council, kept biting. They did not have respect for the decision of the convention. They finally got their way when Dr. Minnis conceded to having an early convention. In the process, this small group of losers has fractured the FNM and caused terrible dissension in the party.

So what have these losers accomplished? A broken, ineffective party, not ready for the upcoming election.

I believe the motive is clear, keep the Party in disarray, have a quick convention, completely confuse the Delegates and the public so that someone will come in to save the day … guess who!

The public, and FNMs in particular, should be aware of writers like “The Graduate.” They’re ghosts. They’re hired pens. They’re parasites.

As I said above, and to paraphrase Shakespeare: “A coward dies a thousand deaths; a man he dies but once.”

PrevPreviousWHAT’S WITH JEFF LLOYD?
NextTHIS WEEK IN THE BAHAMAS (13 – 17 JUNE 2016)Next