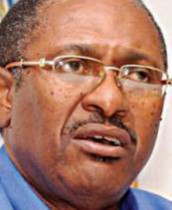 Whether the letter addressed to Baha Mar staff was written out of ignorance or contrived, tadalafil health it is dishonest, it smacks of mischief making and is condemned in the strongest terms; this untruth must be immediately withdrawn.

In a letter attributed to one Magdalena Hamya, purporting to be Baha Mar’s VP of HR and Organizational Development, the writer misled Baha Mar employees that the government
committed to paying foreign employees only to renege. This claim is at variance with the truth as the government’s pronouncements are a matter of public record.

At all times the government was clear that its decisions were designed to protect the interests of the Bahamian people and our national sovereignty and to date has acted accordingly. The government also repeatedly said that it was on the side of the Bahamian people during these negotiations and would not allow them to be used as pawns; these pronouncements are a matter of public record.

Just to clarify Ms. Hamya’s apparent confusion, when the Bahamas government said “it’s a matter of sovereignty” and that they were “on the side of Bahamians,” the government was referring to the protection and rights of Bahamian citizens, including those who happen to be in the employ of Baha Mar. It is regrettable that Ms. Hamya confused “Bahamian citizen” with “Baha Mar citizen.” This is primary GLAT level English Language here.

These inflammatory remarks are harmful, very divisive and are unhelpful in the course of a successful negotiated out of court settlement, completion and opening of Baha Mar.

I CALL ON ALL BAHAMIANS, ESPECIALLY BAHAMIAN EMPLOYEES OF BAHA AMR, TO REJECT ALL DIVISIVE VITRIOL INVECTIVE, STAND WITH YOUR GOVERNMENT AND THROW THEIR FULL AND UNRESERVED SUPPORT BEHIND THE SUCCESSFUL COMPLETION AND OPENING OF BAHA MAR THROUGH CONSTRUCTIVE ENGAGEMENT. NOW IS NOT THE TIME FOR SPEWING MISINFORMATION, POSTURING AND BLUSTER – CALM AND COOL HEADS MUST AND WILL PREVAIL AT THIS CRITICAL TIME.