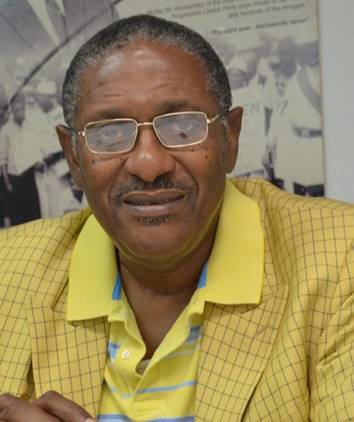 The Progressive Liberal Party congratulates the government of The Bahamas on its fourth anniversary in government officially on 7th May 2016.

The incredible progress our country has made over this short period of time reflects the indomitable spirit and confidence of the Bahamian people. I am proud of the work the country has done together.

Since 2012, when unemployment had doubled during the previous five years, the economy has added over 20,000 jobs in just four years. We remain confident of an imminent resolution to Baha Mar to the benefit of thousands of Bahamian families and our national economy. The approval and execution of scores of Heads of Agreements for tourism related projects in various stages of development will sustain the growth of the Bahamas economy in the near to medium term.

We are especially optimistic about the strides made in Grand Bahama with its infrastructural development; the reform of the Grand Bahama Port Authority; the apprenticeship program in the industrial sector; the depth of stakeholder involvement in that island’s economic future and the overall confidence investors have expressed in the potential of our country’s second largest market. Prime Minister Christie will provide Parliament and the nation with a full progress report next Wednesday.

Abaco, Exuma, Eleuthera, San Salvador and Andros continue to demonstrate signs of growth with increased airlift, infrastructure development and economic diversification; we must build on this progress. The progress being made in the hurricane ravaged islands of the southeastern Bahamas is laudable. Jack Thompson, Melanie Roach, Captain Stephen Russell and their respective teams are to be commended on a yeoman’s effort to date.

I have said this before and I will say it again: when the FNM clearly lacked the strength of leadership, courage, confidence and political will to make the difficult, unpopular, but necessary policy decisions to secure the future of our country, the PLP government stared down these national challenges and boldly confronted them. The FNM was practically inconsequential over the last four years – LITERALLY BETTING AGAINST THE BAHAMIAN PEOPLE EACH STEP OF THE WAY!

Two such tough policy decisions were the country’s fiscal reforms coupled with its medium term fiscal consolidation plans and gaming reform. Both initiatives proved successful by any objective measure and today, the country’s fiscal house is in order with $398 million in budget deficits eliminated and a regulatory regime governing the gaming sector that is effectively the gold standard for gaming jurisdictions around the world.

For the first time in our country’s history, all Bahamians are on the verge of having health insurance and access to quality affordable healthcare. Bahamians must reject and rebuff the naysayers who are betting against them and vociferously advance their interests on this. We are encouraged by the level of stakeholder consultation and the expansion of the country’s health infrastructure.

Just as the government of The Bahamas made good on its promise to bring relief to thousands of CLICO policy holders in making the policies whole, the government is fully committed to Universal Health Insurance coverage. The individual mandate and the public option is the best strategic plan to securing the future health and by extension, the productivity of our nation.

Since 2012, The Bahamas has taken decisive steps in reducing the cost of energy and modernizing our energy infrastructure. The creation of the Bahamas Power and Light and the partnership with the then Power Secure will reduce the cost of electricity by thirty percent in twenty-four months. The legislative framework governing self-generation of power and the use of alternative energy sources place the country on a path to energy independence and sustainability. That is progress.

The establishment of the University of Bahamas and its role in the development and strengthening of the country’s first National Development Plan (NDP) brings The Bahamas well into the twenty-first century in terms of planning and executing national policy initiatives based on empirical data that accurately informs public policy. This process in twenty-first century governance reduces the waste of public resources, improves national productivity and our global competitiveness. This too is progress.

The recent meeting between National Security Minister the Hon. Bernard Nottage and the US State Department on our Citizen Security and Justice program also underscore our country’s commitment to a comprehensive and long term strategy in addressing the vexing scourge of crime at its very core and social root. The government will spare no resource in securing the best intelligence, advice and processes in keeping our people safe.

Bahamians have every reason to be proud of what we’ve achieved together as a nation over the last four years. As public policy can only succeed with public support, Bahamians know too well that The Bahamas is strongest when we stand together than when we are divided.

We must continue to stand together on common issues that unite us such as crime, security, health care, the economy, education, workers’ rights and improving our infrastructure. We are strongest as a nation when we believe in ourselves, stand up and fight for a stronger, safer Bahamas.

May 7th is the 4th Anniversary of the PLP’s great Victory in the General Elections 2012. Carnival 2016 is on May 7thand Sunday May 8th is Mother’s Day; to avoid conflict with the special day set aside for Mothers, the Party will hold a Thanksgiving Service on Sunday 22nd May 2016 at New Destiny Baptist Church, the host Pastor is Bishop Delton Fernander. Party Supporters and the public are cordially invited.