PLP Responds To Minnis On Immigration 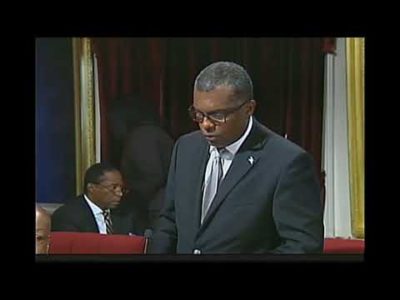 The following statement was issued by the Chairman of the PLP Senator Fred Mitchell.  Since the release below was sent out, the Government has raised without notice the fees for caregivers, maids and labourers from 1000 dollars per year to 2000 dollars per year.

Statement From The Office Of The Chairman PLP

Responding To The Prime Minister’s Comments on Immigration

The Prime Minister can be accused of being a political hypocrite if he does not act on his posturing on Immigration matters as reported in the press this morning.

We expect the Prime Minister on Immigration to put his money where his mouth is on immigration. Quite frankly nobody believes a word of it. It’s called idle political posturing just like he did when calling for the death penalty.

The public must not be fooled for one second about the Prime Minister’s concerns on immigration and work permits and permanent residence. It is fine to say he is going to cut down on work permits but the reality is that the Government has come to depend on immigration permit revenue to pay for its annual expenses.

Immigration permits contribute some 50 million dollars annually to the Treasury.

The feedback is that Bahamians and residents here want to be able to freely choose who works in their homes. They argue about privacy concerns and dependability.

If he thought he had problems with Lyford Cay when he raised their real property taxes, watch what will happen to our Prime Minister if he tries to wean them off their foreign maids and gardeners. We do not believe the FNM and their Prime Minister have the stomach to do what he says. It will never happen and we dare him to try.

The Prime Minster therefore knows that he can do nothing about it and will pay a political price if he tries to do so.

It is yet another idle boast.