PLP STATEMENTS ON THE SPEAKER 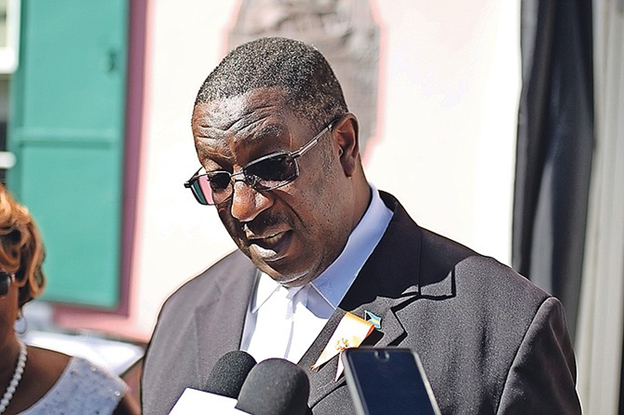 The PLP condemns the Speaker for his arbitrary capricious and injudicious acts in the House of Assembly today. These FNMs are clearly not used to power. He does not understand the quasi judicial role which he plays. This action today is shameful. It is worse than the actions of the dreaded and racist UBP.

The Speaker of the House who two years ago was marching in the road for freedom of speech and transparency and beach access on Paradise Island, today showed that he did not believe a word he said when he marched.

This is the pattern of behaviour by FNMs. They say one thing and do another.

What is particularly vexing is the often intense personal nature of the response by the Speaker to Mrs Hanna Martin today.

We remind the Speaker that this is not his personal kingdom and he is not God. Just as quickly as he was exalted to his high post, he can easily be sent packing back to practicing law and roving the Magistrate’s court for work and the indignities of ambulance chasing. Life and politics are so fragile that you’re in today and out tomorrow. Never forget from whence you have come.

The party applauds Mrs Hanna Martin and our parliamentary team for a great job in the House today. Go get them team. Give no quarter in the face of this wicked government.

I stand today with my parliamentary colleagues in full solidarity with Glenys Hanna Martin MP for Englerston and condemn the actions of the Speaker today.

The incident emanates from the Members attempt at last week’s proceedings to protect the jobs of two single women with children who were unceremoniously dismissed from their jobs by the government. In standing up to defend these young ladies the Speaker attributed statements to Mrs Hanna Martin which she indicated that she did not make. Mrs Hanna Martin sought the Hansard to check the record.

After obtaining the report from the Hansard, Mrs Hanna Martin rightly met with the Speaker before the session giving notice of having the record corrected..

First she did not say the statements attributed to her.

Secondly that she was not speaking to the House generally but to a particular minister.

Thirdly that when a member makes an allegation on the record and a minister refutes the allegation the member must withdraw it unless able to prove it.

During the session Mrs Hanna Martin produced the report of the proceedings from the Hansard which proved her assertions that she did not say what the Speaker alleged. The Speaker in turn without responding directly to the issues at hand embarked on a broadside assaulting the integrity and character of the member, premising the same on his training as scientist and an ” observational analyst”.

He then embarked on an inquiry associated with the points of order raised by the Member of Parliament in parliament and concluded that in each instance where the Member alleged that statements were made by others they were all unfounded. The Speaker refused to allow the MP for Englerston or myself to intervene to demonstrate the unfairness of what he was alleging and doing particularly in circumstances where the member was being ambushed by his conclusions without giving her an opportunity to be heard or see the evidence on which his conclusions were based. Not being afforded the opportunity to be heard or to have our say made it untenable for the Opposition to remain in Parliament.

The Speaker’s slavish adherence to the rules is a selective exercise, as the Member left the chamber the speaker reportedly named and suspended the member. This is unusual and wrong because if he checks those very rules that he so slavishly insists upon, he will find that he has wrongfully exercised his power to do what he did this morning.

The members rights have been flagrantly violated by the Speaker. We condemn these actions unreservedly.

The expectation of the Speaker’s role is to protect the interests of the minority. in this instance the Speaker has assaulted the member and her integrity.

Statement from Glenys Hanna Martin, Member of Parliament for Englerston

On Her Suspension From Parliament

I will not be silenced nor will I surrender my sworn responsibilities as a representative for the People of Englerston and the people of this country. The decision by the Speaker to exercise his authority, albeit contrary to the rules of Parliament, has only strengthened my commitment to fight for what is right and just. What I attempted to do this morning was to simply correct the Speaker’s representation and/or interpretation of what I had said relative to the firing of two (2) women who served as airport managers in Eleuthera in a previous sitting of the House. The Hansard which is the official record of the House clearly shows that I did not use the words claimed by the Speaker nor did I disrespect or shun the Speaker as he had previously claimed. In fact the Hansard shows that the Speaker misquoted me and wrongly accused me of saying something I did not say.

I would have thought that in the spirit of cohesion, and in the interest and protection of all members, the Speaker would have accepted that we are all human and his error was simply that and attribute it to his learning curve. He chose instead an extreme response and in the course of that response sought to abuse my privilege as a member of the Honourable House of Assembly.

As a member of the House I have privilege and at all times the privilege of a member is to be protected by the Speaker. It was a peculiar turn of events to see the Speaker himself abuse a member’s privilege. In doing so the Speaker sought to absolutely silence the Member of Parliament for Englerston, something that I will not accept.

The growth and maturity of our democracy is predicated by the corresponding levels of those who administer it. A luta continua!