LEADER OF THE PLP VISITS THE MUD IN ABACO 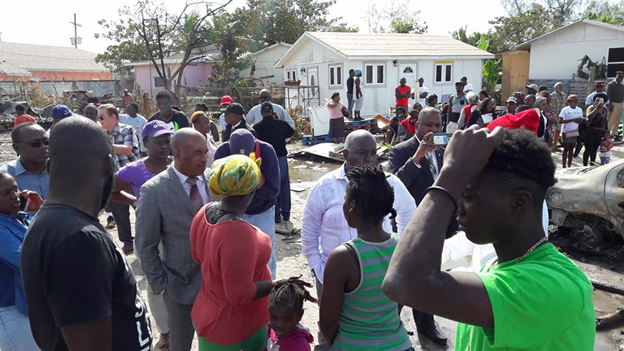 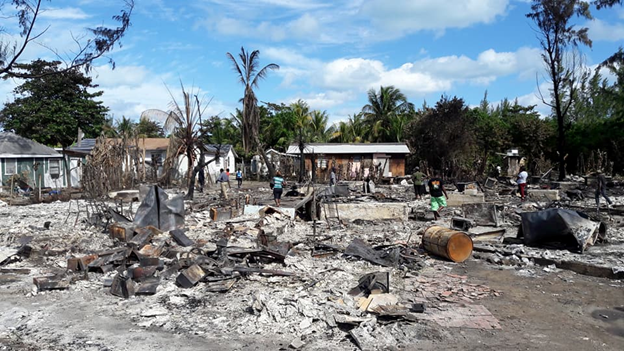 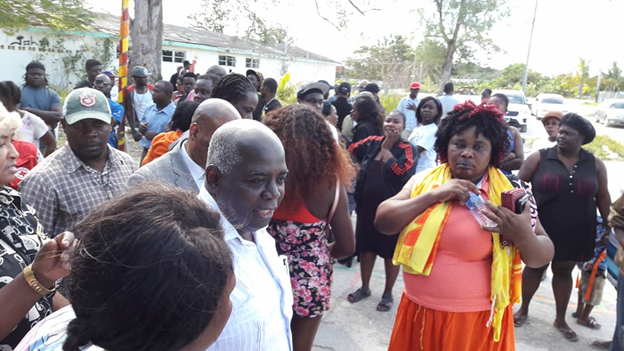 After a devastating fire in the midst of 25 mile per hours winds on the night of 29 January and into the early morning, set by an arsonist, sixty homes were destroyed and 200 people displaced in Marsh Harbour, Abaco.  This is an area that used to be a swamp, filled in by the diggings from the dredged harbour on which people who used to work for Key and Sawyer farms squatted and have been living for nearly fifty years.  The people of Marsh Harbour profess to hate it and want it gone but it is the supplier of cheap labour for the rich in Marsh Harbour.  It remains.  They are mainly Bahamians now, although of Haitian a descent and are believed to by the spot into which the illegal migrant trade can flourish. Few structures have building permits and there is no official utility connections within the settlement.  The fire trucks just sat on the outside of the settlement and let it burn because of eh danger to firemen not knowing what is inside the settlement.  Gas tanks for example kept exploding. There is no political will to do anything about it.  Tis time will be no exception despite the Government’s threats to raze it and prevent others from rebuilding.  The fact is you have Bahamians now who are displaced and the Leader of the Opposition in his visit there with the people on 30 January urged the Government to act.  The Prime Minister went in the day before took a lot of pictures and left.