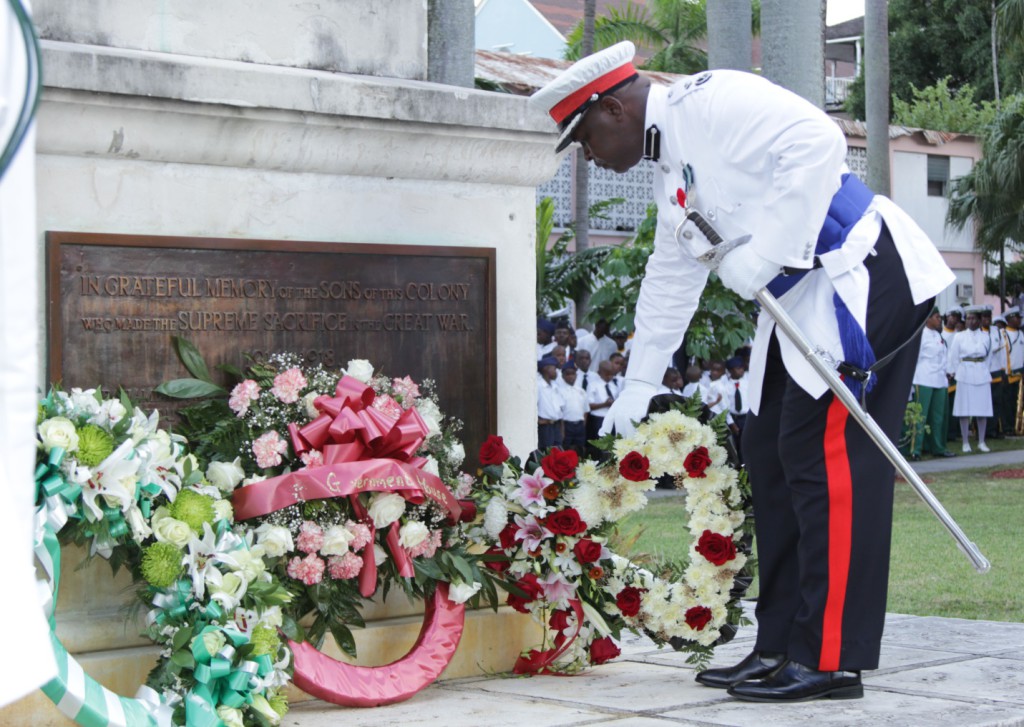 viagra sale tadalafil times;”>The veterans from the Second World War, generic now very few in number, but who are in receipt of pensions for their service from the Canadian government are in need of support because they have a shortfall in their pensions.  Fred Mitchell addressed the issue in the House of Assembly  on Wednesday 11th November.  Here is the full statement:

There were statements in the press over the past week in connection with the Remembrance Day services at the Cathedral and the Cenotaph.

Amongst them were a number of Bahamian men and women.  Their comrades, few in number, but no less important remain with us today.

On the Sunday last, I had a conversation with a young voter about the relevance of the day.  It meant nothing to him. He didn’t know what we were remembering.  But I told him that you can go and visit the Nassau Public Library and see the pictures of the men who set off for service in the First World War from this country.  They were young men just like he is today.  They put their lives on the line.

Similarly in the Second World War, the fight against fascism was joined by young men and women from this country.  Had the fascists succeeded, they intended to make sure that we in this dispensation would not be free. It was a real sacrifice on the part of those who went.

Then I asked them to remember the four young men cut down in the flower of their youth when the Royal Bahamas Defence Force was only six weeks old on 10th May 1980. Cuban Migs sunk the HMBS Flamingo and strafed the water around Ragged Island.  Fenrick Stirrup, Austin Smith, Edward Williams and David Tucker were never seen again. They are lost at sea and presumed dead. The Cuban President apologized for the regrettable mistake which they made.

We remember them today as well.

I wish though to respond to the complaints of the veterans about a lack of sensitivity and disrespect shown to them in connection with the protocol arrangement at the Cathedral and wider issues with their pensions.

I spoke at length with their representative on Sunday and indicated that at the first opportunity I would address this with the Government.  I did so yesterday and I am pleased to report that with regard to the issue of the shortfall in the monies for the pension for this year, the Government has agreed to make up the shortfall subject an agreement on the amounts owed.

As national protocol arrangements come under the Ministry of Foreign Affairs, I offer my deep regret at the avoidable confusion over the arrangements for the church service and will seek to make amends by ensuring that greater sensitivity is exercised in the future.

To all those who saw service and who continue to service, we offer again the thanks of the government on behalf of grateful nation.