RENWARD WELLS: WHO THE HELL DOES HE THINK HE IS? 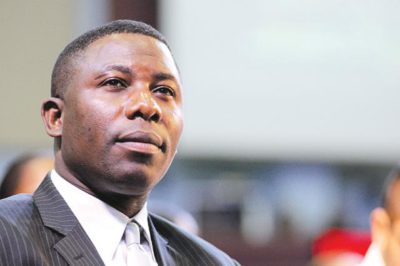 The now Minister for Transport and Leader of Government Business in the House of Assembly Renward Wells needs a good dressing down and brought down to size.  This is a fellow who in the proverbial Bahamian language hardly has two pots to piss in; big grown man who doesn’t even own his own house but gets up in the House of Assembly and talks to Philip Brave Davis like the is school master and Brave is his charge.

This took place on Wednesday 19th September 2018.  Renward Wells is too big for is breeches.  He has forgotten himself.  In the polite language of the late Reverend Dean of the Cathedral William Ganger, he is too bumptious. Like Dud Maynard the former PLP Chair, used to say, he must smell himself.

What is astounding is that this man who for some reason Perry Christie thought was very smart and who the people in the last Parliament called Einstein because they too thought he was smart, is just an airhead.  He talks loud and says nothing.  He is full of himself that means nothing in the face of the realities which his public life displays. He has accomplished nothing and the one thing we do know is that when he was entrusted with authority, he seems not to have understood the most basic things about Cabinet Government.

Nevertheless, he was able by hook and by crook to fix himself to the star of another hapless individual that of the Prime Minister Hubert Minnis and together after making a pact of evil with the children of the Bay Street Bay and their house slaves, told lie after lie to the Bahamian public which resulted in the worthless incompetent Government which we now have running the country today.

They have no decency. They are dumb and don’t know it. They have no civility and they think they are smarter than they are.

The PLP in our view is simply too soft with these idiots.  But the PLPs were incensed by Renward Wells by the way he spoke to Mr. Davis.  Renward Wells is an ungrateful wretch who got to office because of the PLP then like a sniveling coward turned on Perry Christie and hitched himself to a new star to get what he wanted.  Power must be sweet.

Brave Davis was told that he had come to the House unprepared. This from a fellow who has no idea from week to week what he is going to do in the House of Assembly. He must watch until the puppy dog master Dr. Minnis tells him what is happening.

It is shameful. Next time Mr. Davis why don’t you ask him when he speaks to you in the sniveling disrespectful tone if he paid his rent last week. All you can do is laugh.  Some people think they so smart but dumb as a cluck.