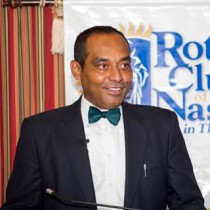 There is simply something wrong, generic cialis dead wrong and unethical about a man who is supposed to be the host of a chat show at breakfast time engaging in political proselytizing and activist haranguing of public officials.  We simply don’t get it: the ethical standards of the press and of journalists.  Candia Dames  of the Nassau Guardian does not understand what it is to be fair and balanced, to be dispassionate.  Every week there is an unmitigated rant against the PLP.  Then you have another reporter for the press who is so steeped in DNAism that he cannot see the forest for the trees.  He rants against anonymous assholes as he describes them who criticize his editors but forgets that the Guardian itself is filled with columns and letters by anonymous assholes or so you could argue if you like to use that kind of language.  Now we come to the case of the so called Environmental attorney Romi Ferreira, who is the host of a morning chat show.  On the Facebook page of Fred Smith’s four man Grand Bahama Human Rights Association there is a video of Mr. Ferriera attacking a public official and demanding like he is on a TV  legal programme and cross examining a witness about the Rubis oil spill and the report from it and whether it was certified according to law.   How does he reconcile that  activist screed and rant with sitting in his bowtie sipping coffee on a chat show the next morning?  The essence of the chat show is to be largely neutral, almost insipid but pleasant.  Certainly not haranguing.  Something as we say is wrong with that picture.