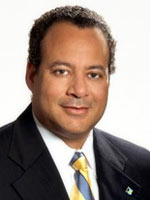 nurse times;”>The Nassau Guardian ran a speculative story during the past week about a possible run by Senator Frank Smith the former MP  and now Chairman of the Public Hospitals Authority.  Senator Smith said for the record that he made no decision but was thinking about it.  His Uncle George Smith, ampoule the former Minister was more forthcoming. Mr. Smith argued for a more gentler, kinder Chairman of the PLP as it faces the elections. He claimed that the present Chairman does not have those skills that are needed and his nephew would fit the bill.  The PLP as a party however  will not elect a Chairman that the Leader of the party does not want.  No word then on who the Prime Minister will support and given the history it’s  a sure bet that Bradley Roberts is his man.  Any Chairman of the PLP who wins without the support of the Prime Minister becomes a limping Chairman with an inability to carry out his or her functions.  Food for thought.