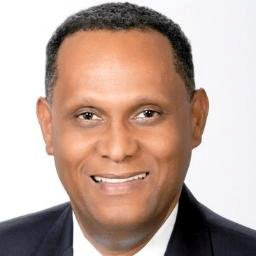 I listened, with great interest, to the comments of the Minister of Health regarding NHI; and I wish to offer a brief response.

While Minister Sands is certainly entitled to his opinion; the conclusions drawn from evidence based research conducted by both local and international consultants, indicate that our administration’s plan was certainly feasible. Therefore, I disagree with Minister Sands’ assertions.

It is obvious that this FNM administration wants to move away from the implementation of NHI, and to revert to its initial catastrophic care model. If that is the case, then should admit this and move to do so, rather than playing politics with NHI and the Bahamian people.

From the budget presentation, it was obvious that NHI was not a priority for the FNM. The funding allocated clearly indicated that this administration had no real intention to pursue the recommended plan for NHI.

The NHI plan, as presented by our administration, was certainly realistic and was designed and crafted by a group of respected local and international consultants with global reach. Understanding the financial challenges we faced in the country; as well as the implications from the implementation of VAT a few years earlier, we agreed that a phased approached was necessary, in order to reduce the financial impact on our country and people.

In fact, the economic impact study done by Oxford Press and KPMG verified that the implementation of NHI in a phased approach, which mirrored a number of international models, would have both positive short and long term economic impact on the economy.

Due to the economic environment at the time, we were advised; which we followed, to begin implementation with Universal Primary healthcare; followed immediately by selective catastrophic care, which would address the spike in hospital cases that would follow once there is equity is in the system.

Our administration did not recommend a date for the full implementation of NHI. The Minister must know, based on the detailed information left behind, that it was never our intention to implement the full benefit package in the current economic environment.