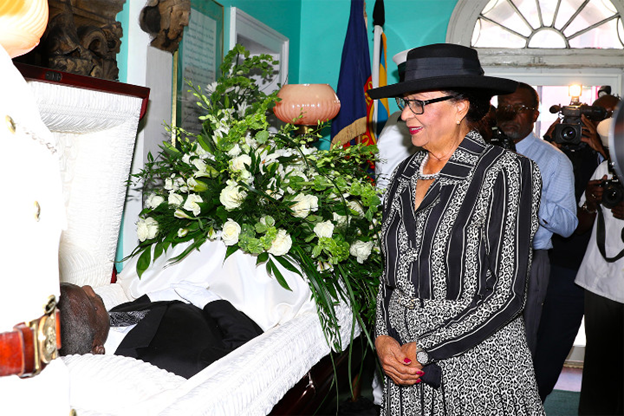 Nassau, The Bahamas – Former Cabinet Minister, Member of Parliament and House Speaker, Sir Arlington Griffith Butler, K.C.M.G., was remembered Friday (November 24, 2017) as a man who responded to the injustices of his times by entering the political arena to help bring about racial, economic and social equality in The Bahamas.

Sir Arlington was further remembered as a man “who lent his energy to the struggle for Majority Rule.”

At an Official Funeral at Christ Church Cathedral, George Street, Prime Minister Dr. the Hon. Hubert A. Minnis memorialized Sir Arlington as “part of a generation of men and women who must be remembered in our history for their courage, determination and commitment to freedom and democracy.

“We have lost a Bahamian patriot and politician who loved his country and who gave his Bahamaland his full measure of devotion.” 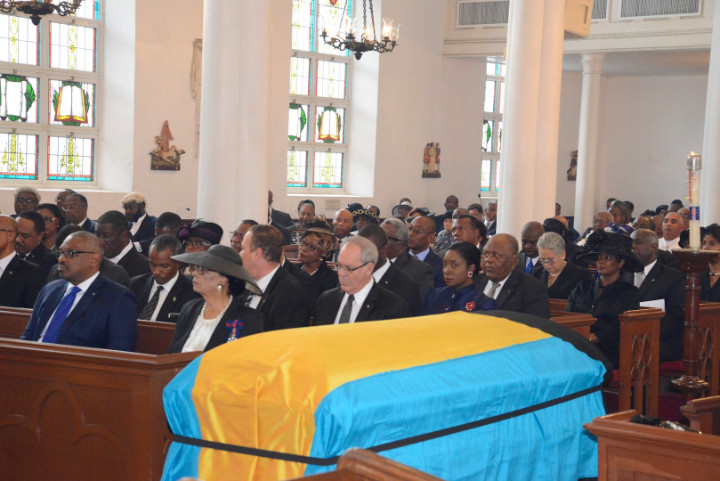 Sir Arlington Butler was a former educator, attorney, Member of Parliament, Cabinet Minister, House Speaker, Bahamas Ambassador to the United States of America, and Bahamian sporting community luminary.  He died at the age of 79.  Following the funeral, his remains were interred at Lakeview Memorial Gardens.

“Sir Arlington had a deep respect for the institution and its traditions. He had an extraordinary knowledge of Parliamentary procedure and the rights of Parliament, steeped in ancient history,” said Prime Minister Minnis.

“He was a fierce defender of the authority and independence of the Speaker,” the Prime Minister added. 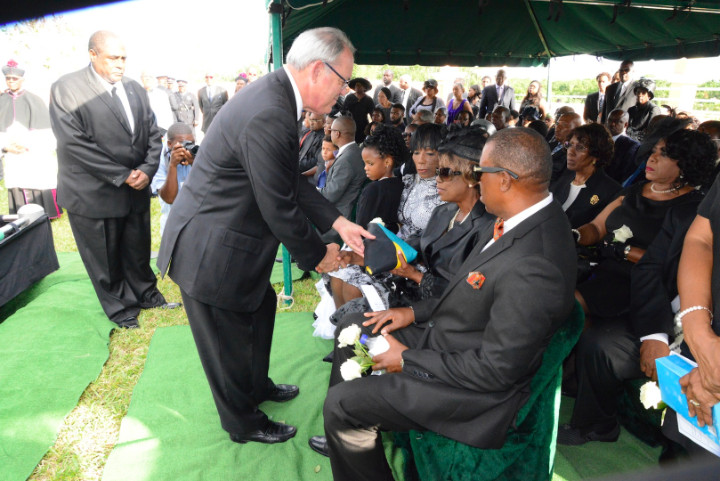 After parting ways with the governing party, Sir Arlington ran unsuccessfully in the General Elections of 1977, 1982 and 1987.

Sir Arlington returned to the House of Assembly following the 1992 General Elections, and was made a senior Member of Cabinet by Prime Minister, the Rt. Hon. Hubert A. Ingraham.

Sir Arlington was subsequently appointed Bahamas Ambassador to the United States of America, and in 1996, received a knighthood from Queen Elizabeth II for his public service and many contributions to national development over several decades.

Sir Arlington was also (to date) the longest serving President of The Bahamas Olympic Association.

“His presence, exuberant spirit and fellowship will be missed,” Prime Minister Minnis said. “We honour Sir Arlington Butler for his service and love of country. With grateful hearts, we thank him for his many and diverse contributions to our Commonwealth.”