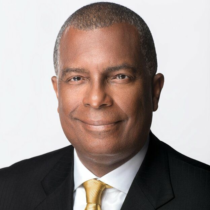 7 May 2017
FOR IMMEDIATE RELEASE
I have waited for several days now to hear the Free National Movement publicly repudiate the statements made by the former Prime Minister Hubert Ingraham on the stage at the FNM’s rally on Tuesday 2nd May. In my various addresses from if the public stage and through social media, I have asked whether the FNM intends to follow through on the various threats to end employment summarily in the public service if (god forbid) they become the next government. There has been stony silence and contempt from the FNM. It means they mean to fire people if they come to power.

The attack by Mr. Ingraham is particularly egregious and worrisome since he was the author of similar policies from the public platform as far back as 2007.

This is a new low even for Mr. Ingraham and it reminds us of the adage that we employed against him in 2002: Don’t put a goat on a board floor because it will prance.

It is embarrassing for a former Prime Minister of this country, a country that wants and expects an elder statesman, who can speak to issues of national import without vitriol and nastiness and partisanship, and who can be comfortable and respected in his retirement by all sides. Now he comes back into the public fray and attacks the Governor General, threatening her post, in a move which violates all traditions and norms. He is attacking someone who he knows cannot defend herself. She can say nothing but be subject to nastiness and filth from man who ought to know better.

He also knows that the PLP came to office with two Governors General who were former FNM politicians. In each case, their tenure was secure until they themselves decided it was time to leave. The PLP believes in protecting our national institutions, not prostituting them.

Finally it is advisable for the former Prime Minister to give it a rest. Bitterness over his dismissal by Sir Lynden Pindling, the Governor General’s late husband back in 1983, is something he ought to let go. As a retiree himself, he ought to be preparing for Jesus and leave his bitterness to the Lord.

Is his revenge on Sir Lynden in 1992 not complete enough? He is reminded that he said when he took over as Prime Minister on the night of 19 August 1992: “the maid gone, the dog gone, the car gone.” He was speaking of the official support given to a Prime Minister. He ordered them unceremoniously stripped away from Sir Lynden.

That night he showed how spiteful and hateful he was as a person. Twenty-five years later Sir Lynden has gone on to his eternal reward and now he turns on the man’s wife. What type of man does that? It is time for him to let the hurt of being fired go.

Since Independence we have only had three prime ministers. That office carries with it public responsibilities even in retirement. It would be a sad thing if the post script on Hubert Ingraham were to record he left the public gaze a bitter and angry man.

I again call on the FNM to repudiate these threats, separate themselves from the former Prime Minister and say whether public service jobs will be protected when should they prevail.