Statement From  the Leader of the PLP

While the PLP is united in our patriotism  and love of country we divide on allowing the Prime Minister  to lead us into darkness. This can’t  be the same man  who said: “I don’t listen to Brave”.

When you spend three years governing through victimisation and spite, you have to do a lot more to unite the country than telling us how to celebrate Mother’s Day.

The PM’s address was a study in depression  and hopelessness.  The Prime Minister  just doesn’t  get it. He is clueless  as to the fate of his people and out of touch with the harsh reality that he has imposed on our  people’s  lives. What he has said does not alleviate the anxiety being experienced in our communities which is likely to threaten peace and good order.

The opening of businesses when announced last week did not exclude gaming. The Government has now had a week of experience of the 3500 people at work in that sector, so what has happened since last week which now leads the Government to target these workers and send them to the unemployment line? Where is your heart?  Is there some medical advice to the Government which has not been disclosed to us?

Then to add insult to injury, people are not allowed to return to their places of worship. Where is his soul?

We also ask the Government to explain how the Consul General in Miami Linda Mackey was allowed to board a repatriation flight to The Bahamas when she should be manning her post in Miami. We point out that a seat on the plane could have been used for another Bahamian who needs to come home.

We also draw the public’s attention to paragraph 14 of the new order. In it ferry services are exempted from the prohibition on passenger traffic.  We note that the Prime Minister is a shareholder in Bahamas Fast Ferries. Is the Prime Minister looking out for his own interest?

We heard nothing for the vendors at Arawak Cay, Potter’s Cay and  the Montagu Ramp. This is week seven for them without income and no end in sight. Where is his compassion?

He has also confirmed that he will be keeping himself beyond the reach of the press.

None of this is acceptable.

The Prime Minister  is abusing his power. The PLP  will continue to feed the poor  and call it as we see it.

A WORD TO THOSE WATCHING THE WATCH MAN 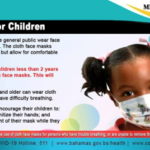 THERE IS NO NEW NORMAL… STUPID EXPRESSION

Inigo Zenicazalaya : A Bad Comic A Homophobe A Racist 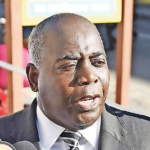 THE RUBBISH OF EXTENDING THE COVID ORDER

THE CHARACTERS OF FNM YOUNG POLITICIANS