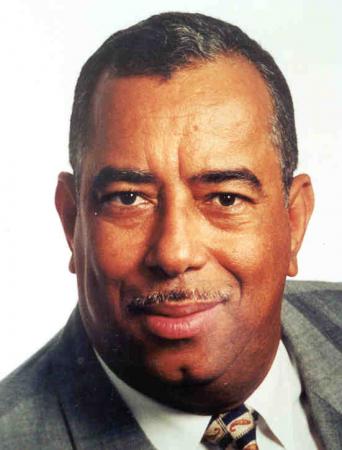 It is clear that Zhivargo Laing, Focus, Front Porch Simon and The Graduate see the world as they want to see it and not as the world is; therefore facts and truth is alien to them. They want to attack others with propaganda, lies and innuendo and when the facts and truths are revealed they cry foul and write nonsense about bragging but I will not lay down and play dead when I believe this country is fed doses of lies and false propaganda. I am basically in retirement and I am not looking for any position. All I want now is to help and if possible to guide the people of this country to see that for the last forty years or so they were hoodwinked and led to vote for leaders who may be good talkers and politicians but were failures in governance, business and otherwise.

The Graduate and Laing seem upset with the partial list of my achievements – but that is usually the case with failures who have achieved little simply because they have no plan, vision or idea (Mr. Laing) and lack the ability to execute a vision or an idea.

Mr. Laing, one example of having a vision, taking an idea and executing a plan for the development of the country is simply by breaking the non-sensible Bahamasair monopoly on scheduled flight services in this country, moving most of the air charter services from the old airport hangar to the main airport terminal and granting them schedule services licenses to operate daily scheduled flights to the Family Islands – that’s visions – ask the people who own and work for Sky Unlimited, Southern Air, Western Air, Majors Air, Cat Island Air, etc. – these people’s lives and the inter-island aviation transportation in this country was transformed.

I left my mark/stamp in the Ministry of Agriculture Fisheries and Cooperatives, the Ministry of Transport and Communication and the Attorney General and Minister of Justice Offices and if I was not handicapped the mark/stamp that I left would have been much larger. Now compare this record with someone who attempted to secretly reduce the customs duty on imported goods for the sole benefit of his relatives – is that Monavie?

But Laing, The Graduate and Front Porch Simon are really not concerned about Tennyson Wells and C A Smith they are more concerned with deceitfully destroying Dr Hubert Minnis by lies, unfounded opinions and innuendos so that they, their family and friends could gain control of the public purse and become a part of the social elite.

Now that the FNM has the chance to win the next election with an honest man of independent means this oligarchic group want control of the FNM and they are prepared to go any length to remove Dr Minnis and have engaged a few hired pens to achieve this. Thank God Dr Minnis does not have to boot lick because he has the independent means to fight back and make a stand for the black and white small man and the middle class.

They (the oligarchs and a few hired pens) make many false allegations against Dr Minnis but let’s look at the facts and the evidence:-
1.
They say he cannot win the elections but the uncontroverted evidence is that he won each of his general election campaigns while they (the big FNM honchos) had smaller majorities than Dr Minnis and the rest lost or failed to win their seats.

The same small group who are calling for his removal went up against him into the last convention and the council and were beaten back by three to one margins – isn’t that political skills exhibited by Dr Minnis!?

They say Dr Minnis is incompetent – my God! – Where is the evidence of that? He established/created a successful medical practice and conducted/managed it for decades.

He has been successful in his various business ventures for decades – what have Front Porch Simon, The Graduate and Laing accomplished? – Reveal yourselves, stand up and be counted. Compare your achievements with Dr Minnis’ achievements so that the general public can make a comparative analysis as to who may be able to move this country forward. What are the accomplishments of those you are promoting to lead this country? This country has had enough leaders who are just mere talkers and do nothings who have created more negatives and stagnant than positive growth rates in this country during the last 15 – 20 years.

Over the last four years there has been no, or very little evidence of support for Dr Minnis from the former leader and senior leaders of the party who have or had some influence particularly in media circles. However, in spite of this lack of support Dr Minnis has shown the metal and temperament and has gained the admiration of friend and foe alike.

Dr Minnis has increased his internal support in the party’s convention and council, he has attracted new members and sympathisers particularly those who have been cast in the Diaspora during the last two decades – this should be encouraging to all true FNM’s. This could not and cannot be achieved by those, other than Dr Minnis, who are now seeking the leadership in the FNM, including the possible return of the Rt Hon Hubert A Ingraham

Now, unless the Graduate and Front Porch Simon are prepared to stand up and come out from under the dark caves and mud of your cowardice and the anonymity that you relish and wallow in with obscene pleasure, please consider this my last response to your bile/hate and hogwash.