THE ANGLICAN EFFECT WHEN A BISHOP DIES

cialis sale sovaldi sale times;”>PHOTOS BY VANDYKE HEPBURN
best cialis times;”>When Bishop Cornell Moss died in Miami last week, he took a lot of talent with him.  He was a popular priest, thought to have been hard done by because he did not get the job here as Bishop.  But never mind, the Lord works in mysterious ways and he became  Bishop of  Guyana  and Suriname shortly thereafter.  His late diocese came to Grand Bahama for the funeral and moved the congregation to tears as they spoke about how he rebuilt the diocese from scratch.   His fellow priests were awash in tears.  Death alas is even a difficult thing for priests, young men themselves in the main who came up with him or who are his contemporaries.  Not easy to see a classmate, friend, competitor and fellow priest  go down so soon.  But in the midst of life there is death even for priests.

The elites of Grand Bahama and the country turned out in full force and showed the country Anglicanism at its best, lots of pomp and ceremony.  The late Bishop would have loved it even as he would have fussed that it was too elaborate for his tastes.   The Prime Minister pronounced him a friend and counselor and the Diocesan Bishop  thanked him for his service.  The mass was celebrated by the retired Archbishop Drexel Gomez. So there you have it, a well lived life has ended.  His wife Carole has to start afresh without him.  There is a hole in the hearts of many but in time holes get repaired.

Memories never cease.  A good man has gone.  Bless him.  The funeral took place at Ascension Church in Freeport 5th June. The ashes will be taken to Nassau for a service at the Cathedral on Tuesday 9th June and then to Guyana on 16th June. 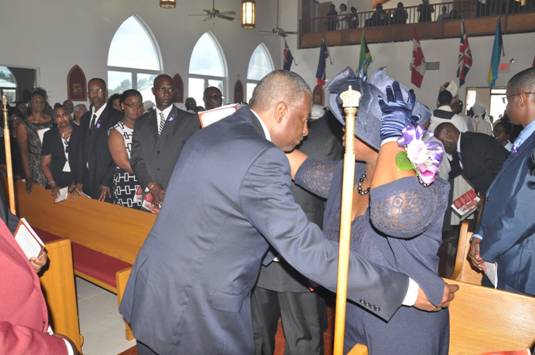 Fred Mitchell MP says farewell to the widow of the late Bishop Cornell Moss at Ascension Church in Freeport on 5th June. 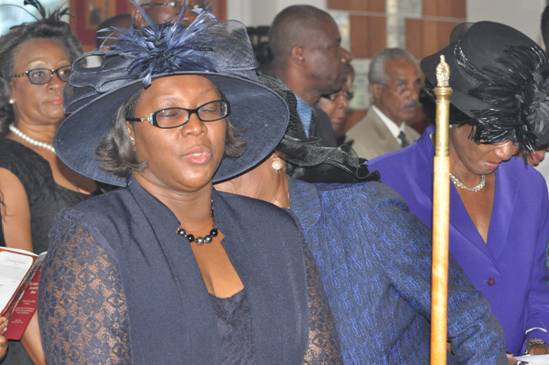 Carole, the wife of the late Bishop Cornell Moss. 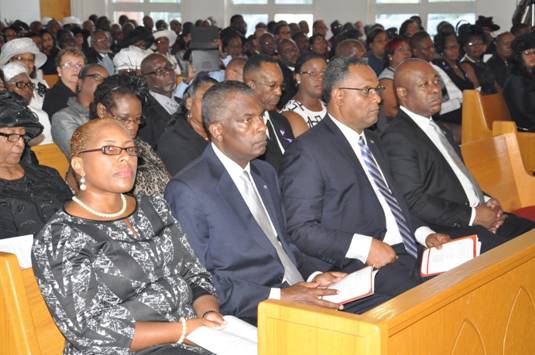 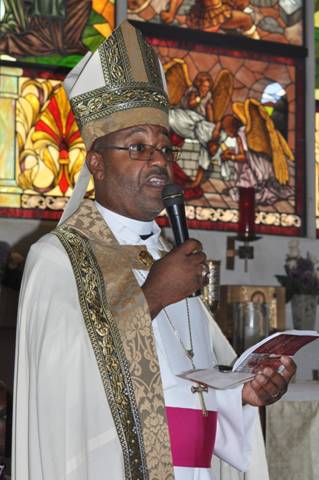 The Bishop of the Diocese of Nassau and The Bahamas, the Turks and Caicos Islands Laish Boyd on 5th June at Ascension Chruch, Freeport for the funeral of the late Bishop of Guyana and Suriname Cornell Moss. 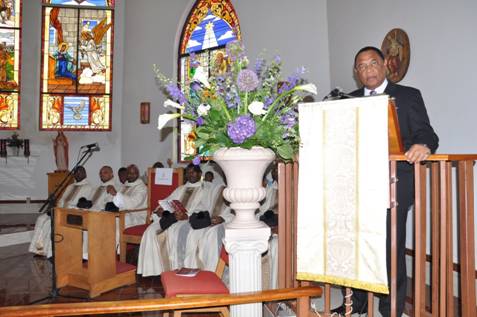 The Prime Minister Perry Christie speaks at the funeral for the late Bishop Cornell Moss in Freeport at the Church of the Ascension on 5th June. 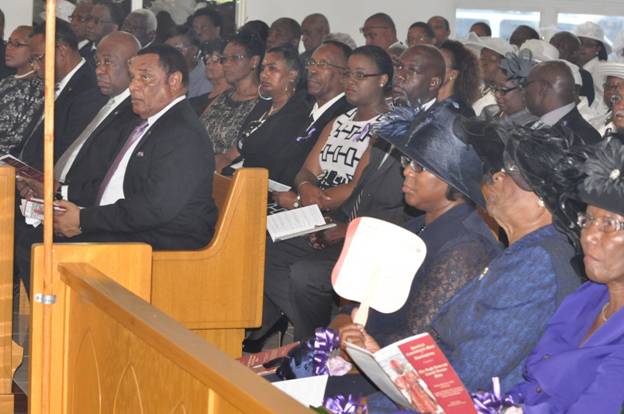 Family members including Carole, his widow and his mother Susan and the Prime Minister look on at the funeral service for the late Bishop Cornell Moss on 5th June at Ascension Church in Freeport.