THE ATTORNEY GENERAL ON BAHAMAR 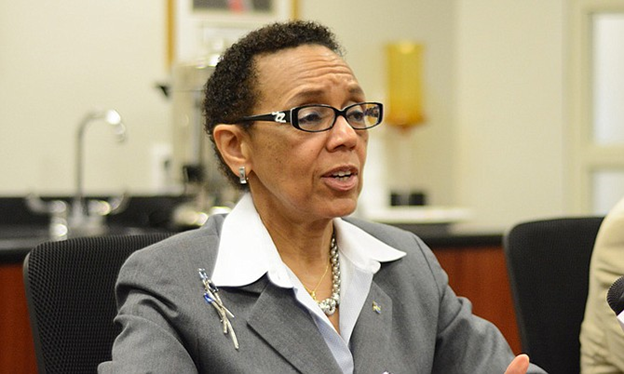 The following statement was issued by the Bahamas Information services from the Attorney General Allyson Maynard Gibson.

(via the Bahamas Information Services)

The Government is deeply disappointed that Baha Mar’s insolvency and the continuing delays in resolving it have led the Joint Provisional Liquidators to apply for and obtain sanction to implement a redundancy programme affecting approximately 2,000 Baha Mar employees.

Since June 29, when Baha Mar abruptly filed for bankruptcy protection in the United States, the Government has consistently sought to minimize the consequences of Baha Mar’s insolvency for its work force, both by promoting prompt resumption of construction and opening of the Resort and by covering many of Baha Mar’s payroll obligations from amounts otherwise owed to Baha Mar. The Government is continuing to press for interim and long-term funding that will permit remobilization of construction activity and will provide a timeline for restoring Baha Mar’s work force.

The Government categorically rejects any suggestion that the redundancy programme adopted by the Joint Provisional Liquidators could have been avoided if Baha Mar had continued to pursue bankruptcy reorganization in the United States. As “debtors-in-possession” under the US Bankruptcy Code the Baha Mar companies faced the same cash shortage that now confronts the Joint Provisional Liquidators. On July 10 Baha Mar told the Bankruptcy Court that in the absence of an agreement “in the near term” with the Export-Import Bank, Baha Mar would “be compelled to immediately downsize their operations to a minimum over approximately 45 to 60 days, which includes . . . reducing their work force to a skeletal staff . . . .” According to a July 10 affidavit submitted by Baha Mar’s President, the “skeletal staff” would have comprised only 52 employees, plus an additional 47 employees “to assist with the wind-down of their respective operations . . . notwithstanding their impending termination.”

On August 26 Baha Mar filed with the Bankruptcy Court a proposed Chapter 11 bankruptcy reorganization plan; but that plan was entirely hypothetical, and it offered no hope of avoiding workforce reductions. The plan hinged entirely on the availability of at least $400 million to $600 million of “Exit Financing,” for which Baha Mar management did not purport to have any commitment from anyone.

The Government urges the principal stakeholders, i.e., the Export-Import Bank, China State Construction Engineering Corp., the Joint Provisional Liquidators and Baha Mar’s developer to continue without delay negotiations or take what further measures may be necessary to achieving the paramount objectives that they share with the Government: resuming construction and completing and opening the Resort for business as soon as possible, for the benefit of all parties, especially the Baha Mar workforce, and numerous Bahamian subcontractors and suppliers.

With respect to the foregoing the Government has at all times acted in accordance with the best advice of its Bahamian, United States and United Kingdom legal and other professional advisers and always in the best interests of the Bahamian people and the eventual success of the Development.