viagra usa pharm times;”>New York
seek times;”> NEW YORK, remedy Oct. 28, 2015 — Today on behalf of the Government of The Bahamas I thanked the Ambassador and staff of the United Nation’s Mission for The Bahamas in New York for their valiant efforts in seeking to get the country elected to the UN Human Rights Council. We were not successful but the team put in a valiant effort for which they are to be commended, especially having joined the campaign some six weeks ago. The campaign was run almost exclusively by the young people of the Foreign Ministry.

Their work was extraordinary, backed up the direction of the mature diplomats in the service. Our country has every reason to be proud of them.

This will all stand them and the country in good stead for the future. We thank the 113 out of 192 countries that voted for The Bahamas. 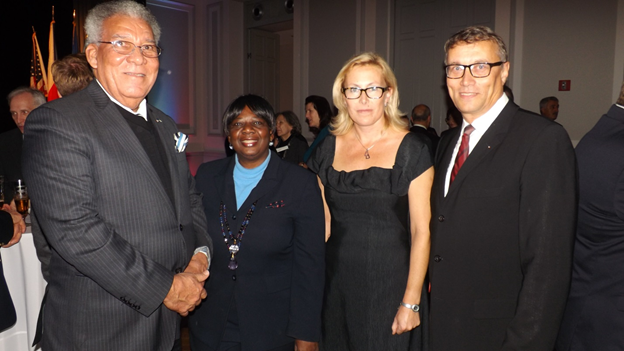 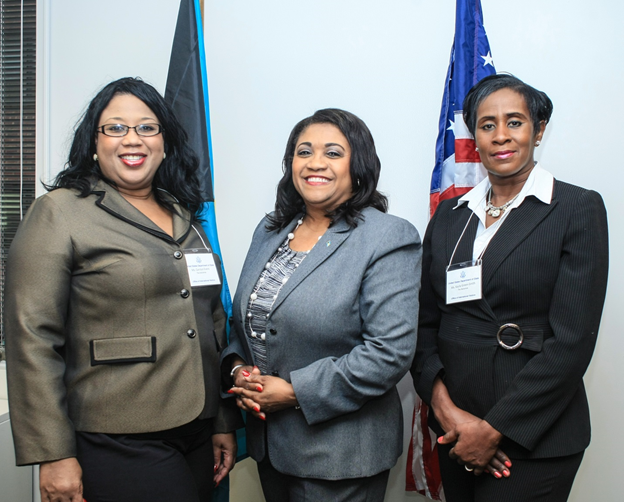 WASHINGTON, D.C. — Magistrate and Deputy Coroner Carolyn Vogt Evans and Ms. Kayla Green-Smith, Chief Counsel in the Office of the Bahamas Attorney General, paid a courtesy call on Mrs. Paulette Zonicle, Consul General of The Bahamas to Washington, D.C., at the Bahamas Embassy Consular Annex, 1025 Vermont Ave., N.W., on Wednesday, October 28, 2015. They are in the United States attending an International Visitor Leadership Program entitled “The Hague Abduction Convention” sponsored by the U.S. Department of State, October 25 to November 4, 2015, in Washington, DC, Baltimore, MD and St. Louis, MO. The objectives of the project covers the Hague Convention on Civil Aspects of International Child Abduction and related diplomatic efforts; understanding how U.S. Law enforcement investigates child abduction cases; governmental and non-governmental organizations that deal with child abuse, domestic violence, and outreach services to families; and to develop policies and procedures to make sure Hague Abduction Convention cases can be processed as justly and efficiently in The Bahamas. The project focuses on how the Hague Abduction Convention is implemented in the United States and how that implementation can be translated for use in the Bahamian Legal System. Magistrate Constance Delancy is also a delegate, but was not at the courtesy call. Pictured from left to right are Magistrate Vogt Evans, Consul General Zonicle and Chief Counsel Green-Smith. 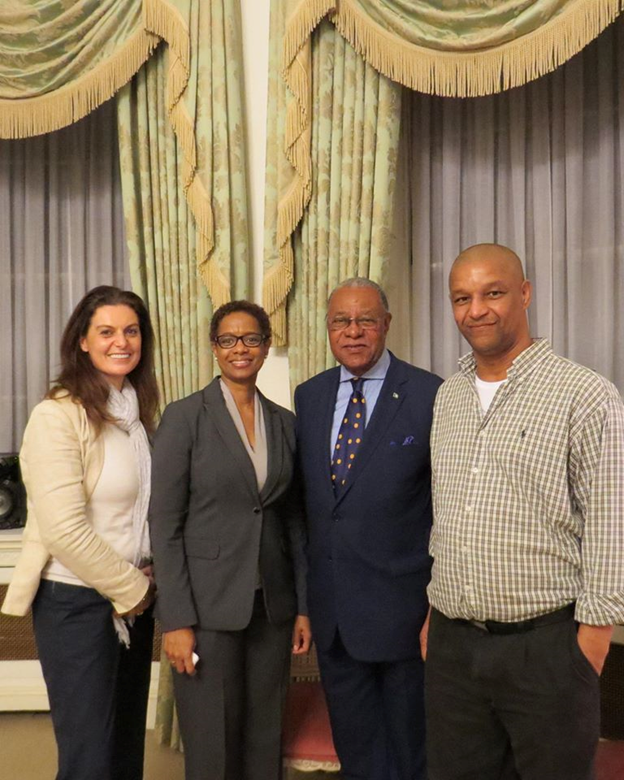 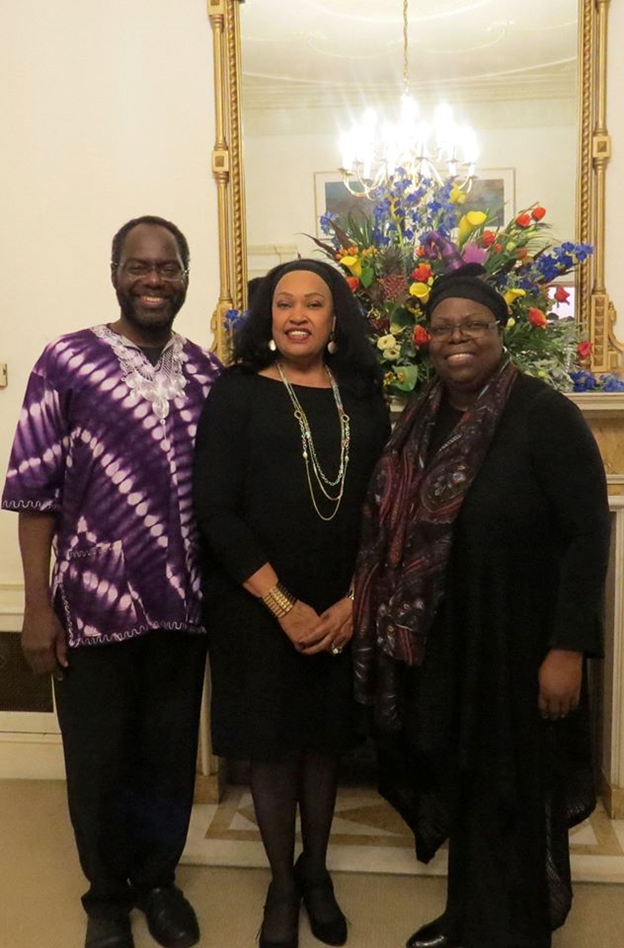 LONDON — From Bahamian dishes like peas and rice to the well-known ‘fire engine’, Bahamians living in London enjoyed an evening of “Sumptin’ Bahamian” at Bahamas House on Thursday, October 29, 2015. The event, organised by Duchess Williams Alonga, President, and Franz Hepburn of The Bahamas Host Association in the United Kingdom, brought together Bahamians for a night of indulging in native cuisine and traditions. Pictured in the first photo from left to right are Alyson Yule; Allison Booker, Deputy Bahamas High Commissioner; H.E. Eldred “Ed” Bethel, Bahamas High Commissioner; and Kenny Rodgers. In photo number two from left to right Franz Hepburn, Mrs. Dawne Bethel, and Duchess Williams-Alonga. 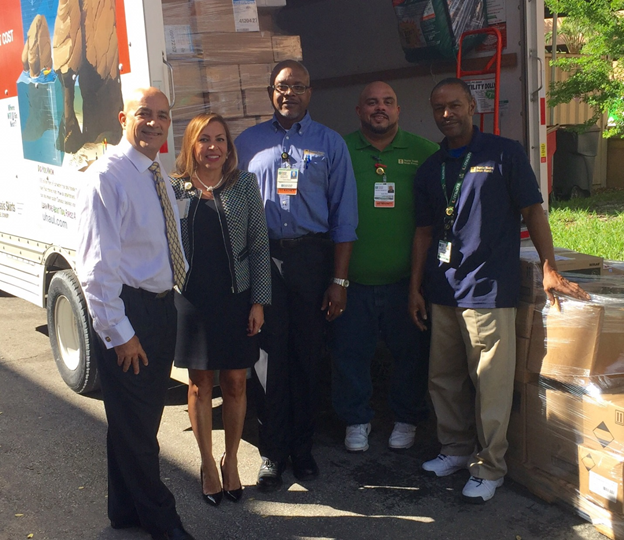 MIAMI, Florida — Baptist Health International in Miami in conjunction with the Bahamas Consulate General in Miami recently delivered medical supplies to islands in the Southern Bahamas devastated by Hurricane Joaquin. An estimated 5000 people were directly impacted.

The most severely affected islands include Crooked Island, Long Island, Acklins, Rum Cay, and San Salvador. Entrance to these islands became a challenge due to the major flooding and debris at the airports and across major streets.
On the five islands, there are six main clinics and ten satellite clinics. Two health centers have been completely destroyed and six heath centers sustained moderate damage and are not operational at this time. Five health centers sustained mild damage but are operational, and the status of the remaining three clinics is unknown.

Operations of the majority of health centers have been severely disrupted and face ongoing challenges, including lack of electricity due to non-functional generators, limited availability of potable water, unable to maintain cold chain (a temperature-controlled supply chain), and no communication infrastructure.

Baptist Health International medical provisions include trauma supplies, analgesics, vital medicines, bandages, and topical ointment and are being sent to the affected Islands of The Bahamas via the Betty K Shipping Company. The medical supplies will be delivered to areas intensely needing instant medical assistance.

Bahamas Consul General to Miami H. Ricardo Treco had high praise for Baptist Health International for its great humanitarian outreach and involvement in The Bahamian community.

Baptist Health South Florida has one of the largest hospital-based international programs in America. Thousands of people each year travel to Miami from around the world to visit its respected physicians and its medical facilities. The multilingual staff is trained to personally assist both medical and traveling needs.