The Bacardis Entertain The PM In Panama

cialis generic sale times;”>The group photo taken of the Prime Minister Perry Christie’s delegation to the Summit of The Americas as they were hosted at the home of Facundo Bacardi, medical Honorary Consul for The Bahamas in Panama City.  From left National Security Minister Bernard Nottage, Mr. Bacardi, Mrs. Eugene Newry, wife of the Bahamas Ambassador to Washington D C, Mrs. Bacardi, and the Prime Minister. At the back, Ambassador Elliston Rahming  to the Organization of American States, Labour Minister Shane Gibson, Director of Youth Darron Turnquest, Foreign Minister Fred Mitchell, Ambassador to Washington Eugene Newry and Edison Sumner, the Executive Director of the Chamber of Commerce.  The photo is by Peter Ramsay of the Bahamas Information Services. The photo was taken on 11th April. 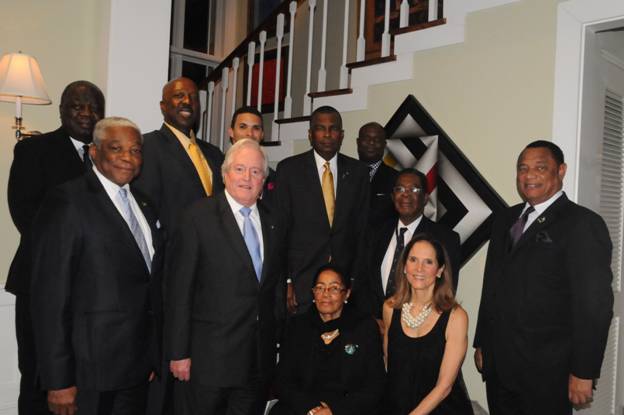