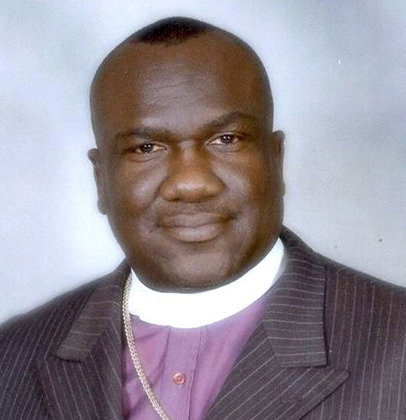 Bishop Fernander said other mechanisms already exist that provide oversight of church finances, adding he does not get why the government needs to see the financial records of churches that do not accept money from the state.

He called on the Registrar General’s Department to extend the deadline for compliance with the regulations. If it fails to do so, Bishop Fernander said: “I guess we would have a wonderful prison ministry because…I do believe there are a lot of pastors who are willing to make this stand with me.”

The Registrar General’s Department, however, noted in a press statement The Bahamas is seeking to “enhance regulatory oversight of the non-profit sector” through its calls for financial records of NPOs.

The department said its review of NPOs is important to ensure that it’s in “compliance” with the country’s international obligations, “preventing the potential use of non-profits in The Bahamas as vehicles for international criminal activity, and protecting our financial industry which is vital to our national development”.

The Companies (Non-Profit Organisation) Regulations came into effect in 2014 to guard against money laundering and terrorist financing.

It mandates that registered NPOs keep details of their purpose, objectives and activities, the source of their annual income, the identities of the people who own, control or direct them and annual financial statements or other financial records that show and explain their transactions in and outside The Bahamas.

This week, the Registrar General’s Department listed in newspapers hundreds of NPOs, including churches and organisations like the Bahamas Historical Society and the Bahamas Chamber of Commerce and Employers Confederation, that must submit such information. Bishop Fernander, however, said the Christian Council is displeased with how the department did this as he believes it created the impression churches are “intentionally breaking the law”.

To this, the Registrar General’s Department noted: “…The notice is not intended to allege that any or all NPOs in The Bahamas are engaged in any form of terrorism financing.”

Meanwhile, Bishop Fernander said the church wants to work with the state.

Asked if churches have maintained financial records up to at least five years as regulations require, Bishop Fernander said he “guarantees” they have.

“All of us have to do it for our banks,” he said. “If you have an account at any bank and you are any kind of organisation at the end of the year you must produce your financials. So there are other tools. It’s very suspicious. We have a whole regulatory board that investigates finances. Why is the eye so scrutinising the church that you really, really need to know what’s happening in the church? As pastor, if I were to have a special service and collect an offering and you give me an offering and I deposit it and it’s over a certain amount I will get a call. Not only will I get a call but there will be an investigation into where these finances come from. Isn’t this an overkill?”

He also lamented that not all churches are required to comply with the law, suggesting some denominations have been left out.

“That makes it an unequal playing field,” he said. “If it is that some churches are exempted and some are not as a council we must always ask for an equal playing field. We see some injustice there. Then, to be lumped in with other civic organisations as if the church is not something unto the Lord…”

Attorney General Carl Bethel, when contacted yesterday, said churches are not being targeted.

“This is the registrar general exercising the powers of her office and taking action in her discretion,” he said.

“This is not aimed at Christian churches or any particular entity. The next step is to issue a notice directed at friendly societies who are apparently not well regulated and are by virtue of their status able to obtain bank facilities. There has to be oversight of these as well. Going forward, steps will be taken to address institutions that may have an incorporated or parliamentary basis to ensure they too are in the same position. There can be no institution that is free from legitimate oversight of its financial arrangements. We’re not interested in how much it is making but that what it is applied for accords with the proper purposes of the institution.”

As it pushes for a delay in the deadline, Bishop Fernander said the Christian Council will participate in a Q&A session with Mr. Bethel.

Failure to comply with the regulations may result in a fine up to $10,000 or a revocation of licenses.

Bishop Fernander did not rule out the possibility of taking legal action against the government, saying churches will be “guided” by legal experts.

Save the Bays, the environmental group, has sought judicial review proceedings in the Supreme Court challenging the Registrar General’s Department’s actions.