THE DEATH OF SARKIS ISMERLIAN AND BAHAMAR AS WE KNOW IT 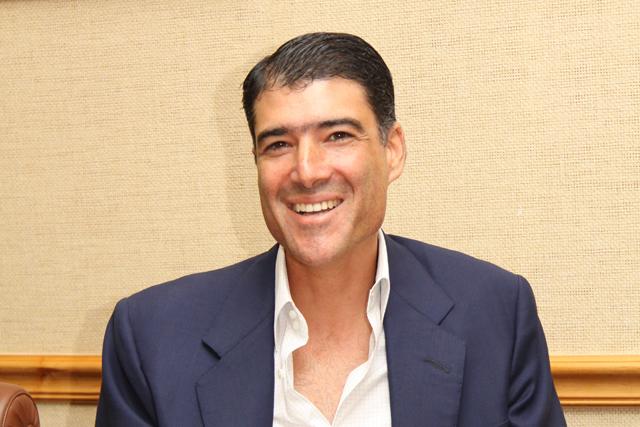 The question that most sane people are asking is what could possibly have been in the mind of Sarkis Izmirlian when he determined to go to the bankruptcy courts in Delaware to try and bring about the act of walking away from the debts of his companies trading under the name Bahamar.

treat times;”>The China Construction Company who Mr. Izmirlian blamed for the financial issues has had its say and in a press release last week it confirmed what we said: 1300 change orders; inspections done at each stage so you should not now complain about bad work; debts are owed and must be paid.  The story is the same with countless small contractors and the Bahamas government says that its entities are owed some 100 million dollars.  This is a project that has simply run out of cash.

treatment times;”>The question is what did he do with 2.6 billion dollars in cash.  The talk around Lyford Cay where he lives is that he just didn’t know how to manage the money; he was in over his head.  He was trying to show his Daddy who is the one with real money that he could make a go of it.

Life can be great when people can get access to fast cars, beautiful women, jets, yachts and big houses.

Follow the money trail they say and you will see what happened to the cash. No surprise then that we are where we are.

To show the hubris of this fellow though, he then decides that he can take on The Bahamas government and its Prime Minister with the Bahamian public.  Remember now two weeks ago while sitting at the table, and without notice, he pulled that maneuver of bankruptcy without telling the Prime Minister even as he was begging for the Prime Minister’s help.

Last week he went further, while sitting at the table again begging for the Prime Minister’s help he went public because there had been a delay in the payment of salaries of the employees by the Government, and said the government’s conduct was disgraceful and unconscionable.  The Prime Minister said he thought Mr. Izmirlian was mentally unstable

By week’s end the court case in the Bahamian courts had been adjourned by agreement to a fixed date 20 July and a date for mention on 14th July.  But from our point of view that is a monumental waste of time, further negotiations.  The government should be done with Sarkis Izmirlian and move on. He is like a turkey: stick a fork in him, he’s done.

Bahamians should also know that nothing can happen with that project until the Bahamian court action is resolved.

The next move now ought to be to persuade the lenders with the first charge over the land, the China Export Import Bank, to exercise its right to appoint a receiver manager and put the project on the market and get it sold.

With a new developer in the seat perhaps the project will be off and running by the time the winter season begins.

Even as Mr. Izmirlian’s lawyers were representing that they would like a settlement, it has become clear that he simply does not have the money and is scrapping round trying to get payments in order to meet his obligations to the staff of Bahamar.  This is a dangerous juncture.

We think it is prudent now that the Prime Minister has stepped back from the front line and a ministerial and technical delegation is on to way to speak to the China Export Import Bank and allow Sir Baltron Bethel as a special envoy to lead the negotiations forward on this.

But whatever happens the interests of the Bahamian people must come first and if it means dumping Izmirlian then it’s to the garbage can he goes.