The Deficit Lie By The FNM 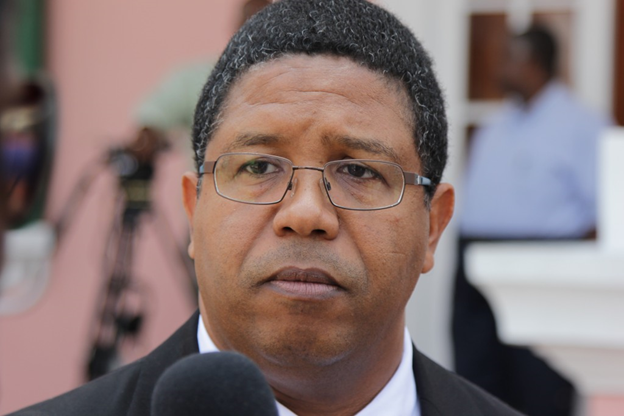 Peter Turnquest turns out to be hopeless when it comes to running the Ministry of Finance. Can’t get his facts and figures right. He borrowed 722 million dollars on the basis that they needed to get this money right away, 322 million of it to pay outstanding bills. It was all a figment of his imagination. The report of the Central Bank as recounted in The Tribune suggests the opposite:
More than $215 million worth of deficit spending had to be incurred during the final two months of the 2016-2017 fiscal year to hit the Minnis administration’s $500 million projection.

Central Bank data, published yesterday, showed that the fiscal deficit was relatively contained just 10 days prior to the May general election, standing at $284.7 million.

While this represented a 14.3 per cent, or $35.5 million, increase year-over-year, it again suggests that the Christie administration had seemingly made progress in containing its deficit following Hurricane Matthew.

Based on previous Central Bank reports, which pegged the end-March deficit at $265.9 million, the former government added a relatively ‘modest’ $18.8 million to it during April – a far cry from the $500 million worth of ‘red ink’ that the Minnis administration is estimating for the 2016-2017 full-year.

The Central Bank data suggests that either the Christie administration abandoned all spending controls during its final days in office; that previous spending commitments caught up with it; or that the current government’s estimate may be excessive.

“Data on the Government’s budgetary operations for the first ten months of fiscal year 2016-2017 revealed a $35.5 million (14.3 per cent) expansion in the deficit to $284.7 million,” the Central Bank’s June economic report said.

The Minnis administration used the Christie administration’s alleged excesses to justify its $722 million in approved borrowing for the 2017-2018 fiscal year, with the Prime Minister in his national address accusing his predecessor of spending a quarter of a billion dollars in the run-up to the May 10 general election.

Elsewhere, the Grand Lucayan’s closure and Memories pull-out – resulting in the loss of 59 per cent of Grand Bahama’s room inventory – drove a 41.2 per cent reduction in air arrivals to the island during the 2017 first quarter.

“In terms of the major markets, the largest decline in visitors occurred in Grand Bahama (16.6 per cent), which lost a significant segment of its room capacity following the closure of a major resort after the passage of Hurricane Matthew,” the Central Bank said.

“Accordingly, the island recorded a contraction in air arrivals by 41.2 per cent, outpacing the 17.2 per cent reduction in the prior year, while the cruise segment decreased by 12 per cent in contrast to a slight 1.4 per cent uptick in 2016.”

The report added: “Conversely, total arrivals to New Providence rebounded, with growth of 7.3 per cent relative to a 1.7 per cent fall-off in 2016.

Much of the stopover visitor decline is likely to be timing related, given that Easter fell in March in 2016 but April – meaning the second quarter – this year.

The regulator said oil prices “have not increased significantly” in 2017 and, despite rising last year, are lower than pre-June 2014 levels – resulting in a slight increase in gasoline prices.

“The fuel charge, which exerts a large influence on the housing component of the Retail Price Index, firmed by 13.7 per cent to $15.58 per kilowatt hour (kWh) in June, month-on-month.”