THE FNM IS HEADING DOWN BURMA ROAD AGAIN 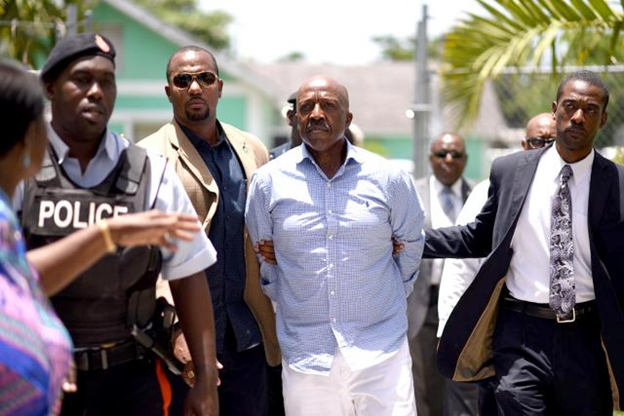 This is all good.  This sets the precedent.  The problem with this man Mr. Minnis is that he obviously believes that this power he has will last forever.  It will not.  Like a ghost in the night it will gone.  Then what.  What he will leave behind is a precedent that the way to deal with your political opponents is to take the power of the state and use the police to get at them and then take them to court, even though you know that the charges are not worth the paper they are written on.

The police are now making themselves the enemies of every PLP in town.  They  not only are displaying gross bias and improper procedures in these cases, but in their personal conduct towards members of the PLP, they have become aggressive and rude. It is really quite sad that across the country, the professionalism of the police force has fallen to a new low.

It is clear that a double standard is at work. The list is endless of those in the FNM who have been engaged in one nefarious activity after the next.  They are as crooked as the day is long.  Yet Mr. Minnis has not looked into the conduct of one former FNM parliamentarian or officer to at least balance in the books in this naked partisan exercise in which he is engaged.

The opportunity will of course come for the PLP once again. The question will be what happens then.  The PLPs are very angry not only at this with Mr. Minnis but that former Prime Minister Perry Christie did not take the opportunity to go at the  former Prime Minister Hubert Ingraham for the under sale by his government of the telephone company and for the many other charges made against his ministers for misconduct in public office. PLPs sit and sulk.

It was way back in June 1942 that we saw what happened when a government goes down a bloody minded road and will not listen to a minority in the country that say you are oppressing us.  It led to a crisis in the town for two days and the deaths of three people, and the damage to property was substantial.  Sir Randol Fawkes remembered the feelings of the day and said that in those days Burma Road declared war on the conchy joe.   Freddie Munnings later sang: Beware Abaco, Beware Bay Street coming down beware.  In 1968 Ronnie Butler sang: Going down Burma Road. Don’t lick nobody.

The word from the FNM partisans on the street is that this arrest of Shane Gibson was to force him to flip crown’s evidence to tell a story on the former Prime Minister Perry Christie.  That is who they want to frog march up the steps to the court.  If they mess with that, they are playing with fire. We believe the charges against Mr. Gibson are false. So any suggestion that the former Prime Minister is in their sights should be treated as idle propaganda.  But given how these things have gone in the last few days, the Minnis government will do anything.  Fair warning.

If these folks are not careful, they will lead us down Burma Road again. That would be very unfortunate. But we can’t say it would surprise us or that the government did not deserve what happens in that unfortunate event.